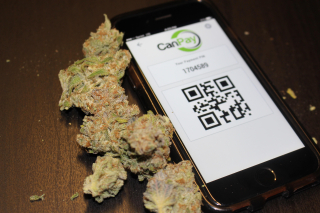 Although Hawaii has struggled to legalize marijuana for adult use, it is ahead of the game when it comes to paying for medical marijuana. According to KATU, this week Hawaii announced that its dispensaries would start using the mobile debit app, CanPay, as a payment method for purchasing marijuana.

In an effort to prevent robberies and other crimes targeting dispensaries, state leaders announced Tuesday that a cashless payment system will be implemented in October.

The implementation of this method of payment will address a persistent concern coming from those opposed to marijuana legalization: safety.

A cashless system would reduce, if not eliminate, the desirability of robbing marijuana dispensaries. The app is one method of payment, which can help to reduce the amount of cash on site at any given time. It should be noted, however, that although opponents of legalizing marijuana claim the presence of dispensaries increases crime, several other studies, like those reported in Civilized, The Cannifornian, and NY Daily News, have actually found the opposite.

While Hawaii has not gone completely cashless, it is unclear whether they will do so in the future. However, it may be preferable to use both payment methods in conjunction with one another. A mixed payment system could serve the needs of those who prefer to use cash due to information safety and privacy concerns, while also reducing the overall amount of cash kept in the retail shop throughout the day.

Furthermore, the CanPay payment app ensures that only legally compliant transactions are made using the app. According to CanPay, because it uses a Closed-Banking Feedback Loop, "only cannabis retailers working with financial institutions operating compliance programs built around the Cole Memo and FinCEN Guidance will be allowed to participate in the CanPay network." This compliance guarantee feature gives retailers a sense of financial security when deciding whether to accept the app as a payment method at their stores.