We just reached the part of my M&A class where I teach The Williams Companies v. Energy Transfer Equity LP, 159 A.3d 264 (Del. 2017).  It’s a difficult case – I try to explain the tax aspects which makes part of it a slog – but I do it anyway because I find both the facts and the opinions endlessly fascinating.

The basic set up is that Energy Transfer Equity (“ETE”) and The Williams Companies (“Williams”) had agreed that Williams would be acquired by ETE for a combination of cash and ETE partnership units.  One condition of closing, however, was that ETE’s tax counsel at Latham would issue an opinion to the effect that the second leg of the deal should be non-taxable under IRS regulations.  The Latham Tax Lawyer did not issue the opinion, ETE refused to close, and Williams sued, alleging that ETE breached the merger agreement by failing to use its best efforts to obtain the opinion.  After a trial in Chancery, VC Glasscock ruled for ETE, and the Delaware Supreme Court affirmed, Strine dissenting.

So, the deal itself is complicated but it’s worth explaining.  The actual transaction was to proceed in two steps.  First, Williams merged into a shell company, ETC, and former Williams shareholders received 81% of ETC’s stock.  ETE purchased the remaining 19% of ETC’s stock for $6.05 billion cash, which was immediately distributed to the former Williams shareholders, so now they would have cash plus an 81% interest in a company that was essentially just a reorganized version of Williams itself. 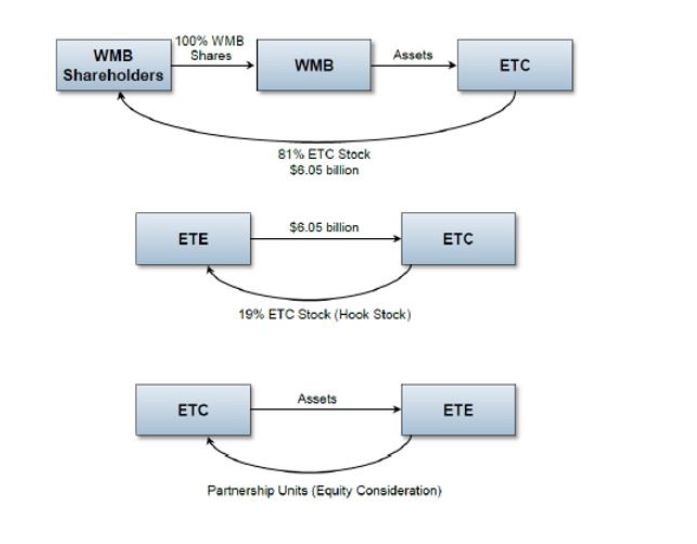 Originally, ETE’s tax counsel at Latham had opined that the transaction was not taxable, but that changed after the energy industry took a downturn.  The deal suddenly became very unfavorable to ETE, and ETE was looking for an exit ramp.

At that point, ETE’s in-house tax lawyer, Whitehurst, purportedly noticed that the first leg of the transaction required ETE to pay $6.05 billion for a fixed amount of ETC stock – 19% - rather than a floating percent.  This meant, thought Whitehurst, that ETE would now be massively overpaying for ETC stock given the industry downturn, and the overpayment would trigger IRS scrutiny.  He conveyed his concerns to Latham, and a Latham Tax Lawyer (discreetly never identified by name in the Delaware Supreme Court opinion although he is named in Chancery) decided he could not issue the opinion, and the deal collapsed.

There’s a lot to talk about here, and first is the doubtfulness ETE’s claim that Whitehurst, experienced tax guy, suddenly just “noticed” that the deal called for a fixed rather than floating exchange rate, or that the Latham counsel just “noticed” the same.

It all starts with asking why a simple acquisition – ETE buys Williams shares in exchange for cash and equity interest in its partnership – was accomplished through such a convoluted set of maneuvers.  And the reason for that is, Williams was a publicly traded corporation with a lot of mutual fund shareholders who could not hold ETE partnership units.  Why?  Because partnership units have a complex tax structure that mutual funds can’t handle.  If ETE simply issued cash and partnership units in exchange for Williams shares, the mutual funds would have been forced to sell those units immediately, and they would have paid tax on that sale for a merger that would have otherwise had a tax-free equity component.  And if Williams simply sold assets to ETE, then that sale itself would have been taxable.

So the whole point of the deal was to transfer ETE partnership units to a shell entity that was taxable as a corporation, and distribute stock in that entity to the former Williams shareholders, so that mutual funds could hold a financial interest in ETE without holding ETE directly and dealing with its tax structure, without making anything seem like an asset sale.

In other words, every single thing about this deal, down to its bones, was designed to avoid taxes.

I’m not saying that as a criticism, I’m saying that to highlight how carefully the tax aspects were integrated into the structure from the get-go, making it extremely unlikely that anyone would be “surprised” by any tax aspects of the deal without an intervening change in the law.

Notice that in that first leg, Williams shareholders end up with 81% of ETC while ETE ends up with 19%.  Those are very odd numbers; they suggest that someone is trying to avoid a regulatory cut-off at 80/20.  And that seems to be the case; because as I understand it – and I am not a tax person so I genuinely welcome comments from anyone who understands the tax aspects better than I do – 80/20 is a common cut off needed to make deals nontaxable, according to this document drafted by – oh look, Latham.

Thus, to my uninformed eye, if it was previously doubtful, it now becomes actually incredible that Whitehurst suddenly noticed, several months in, that the deal called for a fixed rather than floating exchange rate.  The fixed rate – 19% - seems to have been necessary to avoid taxes.  If it was floating – if ETE acquired more of ETC as ETC’s value dropped – the deal would have been taxable in the first leg.  So the fixed rate was a fundamental aspect of the deal’s design.

But that’s not actually the most interesting part of the opinion.  No one believed Whitehurst was truly surprised by the fixed rather than floating structure; indeed, Glasscock was openly skeptical of Whitehurst’s testimony.  But Glasscock’s view – and also the view of the Delaware Supreme Court – was that Whitehurst’s good faith or lack thereof was irrelevant.  Yes, said the Delaware Supreme Court, ETE breached its covenant to use its best efforts to obtain the tax opinion, but Williams could only succeed if ETE’s breach was proximately related to the failure of the condition itself.  And, whatever machinations it took to get there, the Latham Tax Lawyer acted in good faith when he said he could not issue the opinion.  Therefore, ETE’s breach was not the cause of the failure.  The Latham Tax Lawyer’s good faith functioned as an intervening event that broke the chain of causation from ETE’s lack of enthusiasm to the failure of the closing condition.

What’s critical, then, to both Delaware courts’ analyses, is their implicit belief that the Latham Tax Lawyer’s good faith was independent of his client’s behavior or obvious desire to escape a newly-disfavored deal.

Strine, dissenting, saw the matter differently.  In his view, lawyers strive to please their clients, and their good faith on complex legal issues is therefore somewhat malleable.  If ETE had used its best efforts to obtain the opinion – if it had not suggested to Latham that it wanted out of the deal, and pressured it in that direction – the Latham Tax Lawyer’s “good faith” may have led him to a different conclusion.

So what intrigues me about all of this are the fundamentally different views of law that are reflected in the majority and the dissenting opinions.  The majority endorses classical legal theory: in its view, the law is a fixed point, perhaps reflected – like the shadows in the cave – in an attorney’s good faith, but still existing as a universal truth to which the lawyer aspires.  As a result, despite any client bullying or cajoling, in the end, if the lawyer acts in good faith with all available facts, his or her position is immutable – it is a function of The Law itself.

Strine, however, appears to view the law itself as something either manipulable or at the very least unknowable, and thus any particular opinion is as subject to motivated reasoning as any other opinion might be.  In true Legal Realist fashion, Strine’s view is that “law” is inherently indeterminate, constructed out of the policy preferences and incentives of the decisionmaker, which is why something as banal as a client’s preferred outcome will affect even the good faith judgments of the advocate.

So yeah, what I am saying is: Williams v. ETE is ultimately a battle about the nature of law itself, miniaturized in a dispute about commercially reasonable efforts to obtain a tax opinion.

It also seems to be a lesson in trial and appellate strategy, in that Williams should have challenged the Latham lawyer's motivation, but didn't. Indeed, according to footnote 6, "[a]t oral argument, counsel for Williams acknowledged that Williams was not challenging the Court of Chancery’s finding that Latham’s determination was made in good faith."

I'm not sure - is there reason to think they didn't challenge good faith at the trial level? Because if they did, once Chancery made the factual determination that he had acted in good faith, Williams might reasonably have figured that would be very hard to disturb on appeal, esp. given the deference usually shown to credibility determinations.

Prof. Lipton, thanks for the posting. I agree, this is a fascinating case.

To Times' comment and your reply, I would just note that this point seems to have been addressed by CJ Strine. In FN71 he states: "Although I agree that Williams does not challenge on appeal the ... finding that Latham acted in good faith ..., I do not agree that Williams did not challenge the ... conclusion that Latham’s failure to issue the opinion was not influenced by the conduct of ETE and, in particular, Whitehurst. In fact, the central focus of Williams’ appellate argument is that the Court of Chancery failed to apply the appropriate prism on that question, and that it erred because it should have required ETE to show that the ... condition would not have been satisfied had it acted appropriately."

Fascinating case and very well explained. Indeed, it was ultimately a battle involving differing views of the nature of law itself.

Eric- hah, I don't know about the ethics of tax lawyers but iirc in this particular case, when they brought in outside attorneys for second opinions, at least some said that of course this set up was taxable - not for the reasons Whitehurst/Latham gave, but simply because the whole thing was designed to avoid taxes, and the IRS was likely to see that.