Reflections on the Life of a Smiling, Selfless Educator: Rivers Lynch 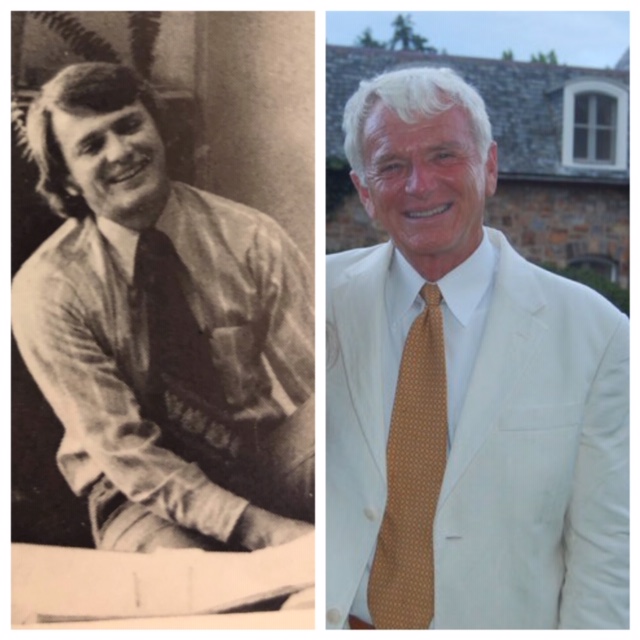 On Sunday morning, Rivers Lynch, a beloved member of my wife’s side of our family, died suddenly of natural causes. Rivers spent his professional life as an educator – over four decades as a teacher, an administrator, a driving instructor, and a coach of various sports. In 2007, he was inducted into the South Carolina Athletics Coaches Association Hall of Fame for his many successful seasons as a tennis coach, including 11 state championships. Even this year, at the age of 72, he continued to coach the Myrtle Beach High School tennis team.

The outpouring of support on social media has been incredible to witness. Rivers, quite literally, positively affected the lives of thousands of students, colleagues, neighbors, and family members. A few of the countless posts include words like: “I’ve yet to meet anyone so kind and caring.” “Every single person was special to him.” “Truly humble…always greeting me with a smile and making me feel welcome.” “The truest most genuine person I’ve ever had the honor to know.” “A father like figure to all of us.” “A beautiful soul…that smile always brightened my day.” “Touched so many lives.” “Always championed students who were ‘underdogs.’” “My favorite teacher.” “The hero most of us didn’t deserve.”

How did Rivers make such a positive difference in the lives of so many people?

Three interrelated things spring to mind. A Genuine Smile. The headline for Myrtle Beach Online noted what so many people remember about Rivers – that he was “always smiling.” I can’t remember Rivers without his ear to ear smile that absolutely lit up every room he entered. Focused on Others. Rivers won numerous awards as an educator, but he always turned the attention to the success of others. He had well over 3000 Facebook friends (and many more in-real-life-friends), and he constantly celebrated the achievements of his students, colleagues, and family members. He was truly interested in the details of your life, had a remarkable memory for past conversations, and was always fully present. Relentlessly Positive. Rivers was an optimist. While I heard that he could be tough as a coach when the time called for it, he preferred to uplift. Sadly, at least one study shows that pessimism pays in the study of law, but Rivers’ approach to life always reminded me of the deeper benefits of focusing on the positive.

On June 22, 2010, I met Rivers for the first time. On that day, I drove from Charleston to North Myrtle Beach to meet my girlfriend’s extended family. I already knew Katie was the woman I wanted to marry, but I was a bit intimidated at the thought of walking into their family reunion at Rivers’ home. I convinced my youngest brother Sam to join me for support, and we stopped at an outlet mall where we bought him a respectable, collared shirt for the occasion. As I approached Rivers’ front door, I started to sweat even more than typical in the South Carolina summer heat. But, as soon as Rivers opened the door--beaming and offering some spectacular lemonade--I instantly felt welcomed. I remarked to my now mother-in-law that in just a few hours Rivers made me feel like his best friend. Reading over the Facebook comments again, it seems like Rivers made a lot of people feel that way, and he somehow managed to uplift thousands of people in a completely authentic manner.

I cannot fully explain how Rivers positively affected so many people during his time as an educator, but his life reminds me of the power of a genuine smile, the strength of selflessness, and the benefits of an optimist outlook.

What a beautiful tribute, Haskell!