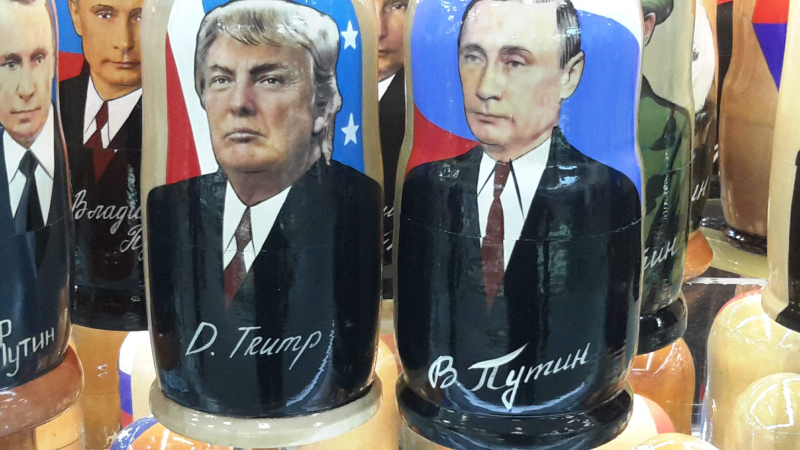 Hello from Russia, a country I swore a few years ago I would not visit for pleasure because of its human rights violations. Not only did I visit St. Petersburg, Russia on a cruise stop, but I bought FIFA World Cup T-shirts. I stopped short of buying the Trump/Putin nesting dolls, but I couldn’t resist a picture. I attended the last World Cup in Brazil, and in between matches met with activists because I was looking at the effect of mega sporting events on human rights. Hundreds of thousands of people were displaced in Brazil to build new facilities and activists protested both the government and corporate sponsors.  Russia and Qatar (a future World Cup destination and another notorious human rights violator) were on my personal no-go lists. Alas, as regular readers of this blog know, I’m a perfect example of most consumers out there- I have some situational ethics when it comes to certain things. At least I’m self aware.

There are only about 5 cruise ships in port today and the city was packed. On other days during the summer, thirteen cruise ships with 2000-4000 passengers each may be in the city. Thousands of other tourists come in by ferry, air, and rail.

As I pushed my way through throngs of people at various tour stops, I wondered why Americans like me and U.S. businesses such as McDonalds and Subway were even allowed to be in Russia. In contrast, the U.S. government severely restricts what businesses can do in Cuba and where U.S. persons can stay. The Trump administration wants to make sure that U.S. dollars don’t go into the hands of the Cuban government and particularly the military.

Today, I ate lunch with thousands of Americans in a state-owned restaurant and shopped in what may have been an official state-owned tourist shop. I could be wrong because there are 80,000 oligarchs in Russia. Maybe one of those billionaires/friends of Putin owns the shops and tour company we used. I’m certain though that the dollars that I spent in the Hermitage and churches (many of which are also museums) goes to the Russian treasury, notwithstanding the sanctions against Russia and 38 oligarchs and industries.

I’m not alone in my desire to see Russia. Despite the news reports of alleged meddling in the elections and human rights abuses, U.S. tourists are flocking to Russia. This not only benefits the Russian government, but it also benefits U.S. companies such as cruise lines so I don’t anticipate any major changes to the tourism industry any time soon. There’s just too much money to be made.

But as I have written before, I don’t understand the U.S. government’s hypocrisy of the government to allow extensive travel and commerce with Russia while continuing the embargo against Cuba.

FYI- by the time you read this, I will be somewhere near Finland. I teach next week and am not crazy enough to post this from Russia. I saw how guarded our tour guide was when talking about Putin and politics. I may not be allowed back into Russia in the future, but that’s ok. There are only 30 sunny days in St. Petersburg, and I had the opportunity to experience one of them.