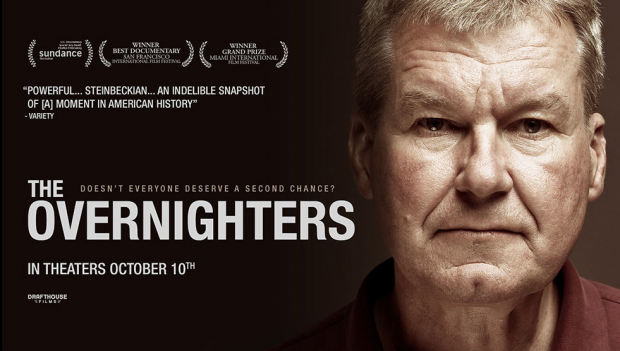 Over the break, I watched the documentary Overnighters on Netflix.

In short, the documentary chronicles the story of a pastor who opens the church to migrant workers in North Dakota during the energy boom in that state. The pastor faces pushback from his congregation, neighbors, and city officials who do not appreciate having these men - some with criminal records - housed so close.

In my opinion, the pastor is right, and the congregants are wrong, about the purpose of a church. The church should be in a community to serve, especially its needy neighbors. That said, the logistics of how to serve may be up for debate. Also, it is at least arguable that by serving the migrant workers the church strayed from serving its congregation. It would have been helpful if the church had a clear statement on its purpose and priorities. Many social enterprises have extremely vague purpose statements, which I do not think are very helpful. Benefit corporations are often required by statue to "benefit society and the environment." A purpose statement like that would not have helped the church in Overnighters much at all. A statement that showed that those in need would be prioritized over the comfort of the congregants (or vice-versa) would have been more helpful.

The more valid complaint from the congregation, is the claim that an appropriate process for initiating the housing program was not followed. Sometimes even if stakeholders agree on the ultimate action taken by the organization, the stakeholders will still be upset if they are not included, or listened to, in the decision making process. I think this complaint is likely also found in businesses. Assuring the proper processes are set forth and followed can be quite important for businesses, especially in closely-held and family run businesses, where the stakeholders are deeply invested.

The documentary is depressing and does not paint a pretty picture of human nature, but I do think things would have worked out a bit better for most of those involved if purpose, priorities, and process were paid more attention.  Of course, that is much easier written than done.