A recent Knoxville New Sentinel article (as well as articles and other press coverage, including stories on local television outlets like this one) noted the golden anniversary of The University of Tennessee's unofficial* fight song (also a Tennessee state song), Rocky Top.  Any of you who have been to Neyland Stadium--or to Thompson-Boling Arena or any other venue at which the Vols are accompanied by the Pride of the Southland Marching Band or one of the pep bands--are familiar with the tune.  Many of our opponents just despise it.  It's catchy, and it's country.

And it has led to merch in which The University of Tennessee has an interest.  Rocky Top hats, t-shirts, etc. abound.  Lyrics from the song (especially "Home sweet home to me") adorn the same.  That little song has become a big (read: commercially successful) deal.

But it also has been involved in some recent intellectual property law controversies involving a town just North of us here in Knoxville--a town formerly known as Lake City, Tennessee and now known as (you guessed it) Rocky Top, Tennessee.  It will take me two posts to cover this without boring you all, but I will start with the article written by my colleague Brian Krumm and one of our alums, Liz Natal.  In Good Ole Rocky Top: Rocky Top Tennessee, Brian and Liz lay out the details of how our beloved song (which co-blogger Doug Moll says periodically rings in his head from a football game long ago . . .) became the name of a town despite a trademark suit over the affair.  The details are in the article.  For those interested in trademarks, the article lays out the controversy and offers some interesting observations.

But Brian and Liz's piece just tells the early part of the story.  There's more to say about the intellectual property ramifications of this name change.  Another of my colleagues, Gary Pulsinelli, is working on a piece along those lines now.  I will share it with you once he's got at least a draft posted somewhere.  But I have heard presentations on this work, and it's also quite interesting--even if Rocky Top is not your thing.  Stay tuned! 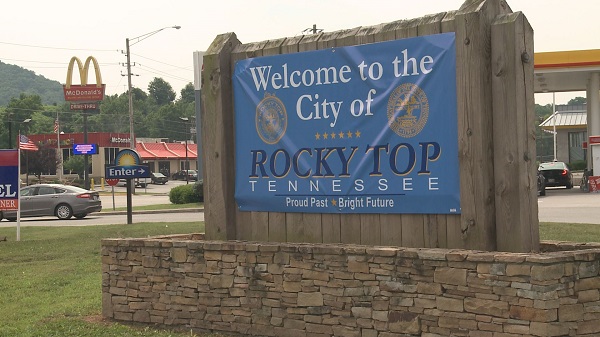 * The word "unofficial" was added to this post on September 28 in response to a reader's comment, reflected below.  The official fight song of The University of Tennessee, Knoxville is "Down the Field," also known as "Here's to Old Tennessee."

...."Rocky Top" is not the fight song of the Univ. of Tennessee. The UT fight song comes from the trio of Stanleigh Friedman's "Down the Field, March and Two Step", the Yale University fight song

You are right, Jim. I was missing an important word in the post: "unofficial." I will make that adjustment and note it. Many thanks for the close read--and sharing your knowledge of UT!