On Monday President Trump signed an Executive Order on Reducing Regulation and Controlling Regulatory Costs. The Order uses budgeting powers to constrict agencies and the regulatory process requiring that for each new regulation, two must be eliminated and that all future regulations must have a net zero budgeting effect (or less). The Order states:

"Unless prohibited by law, whenever an executive department or agency (agency) publicly proposes for notice and comment or otherwise promulgates a new regulation, it shall identify at least two existing regulations to be repealed."

Two points to note here.  First, the Executive Order does not cover independent agencies like the Securities and Exchange Commission and the Commodity Futures Trading Commission, agencies that crafted many of the rules required by the 2010 Dodd-Frank Wall Street reform law--an act that President Trump describes as a "disaster" and promised to do "a big number on".  The SEC, the CFTC and Dodd-Frank are not safe, they will just have to be dealt with through even more sweeping means.   Stay tuned.  The 2-for-1 regulatory special proposed on Monday is a part of President Trump's promise to cut regulation by 75%.

Second, the Order is intended to remove regulatory obstacles to Americans starting  new businesses.  President Trump asserted that it is "almost impossible now to start a small business and it's virtually impossible to expand your existing business because of regulations." Facts add nuance to this claim, if not paint an all-together different story.  The U.S. Department of Labor Statistics documents a steady increase in the number of new American businesses formed since 2010.  The U.S. small business economy grew while regulations were in place.  President Trump asks us to believe that they will grow more without regulation.  Some already do. The U.S. Chamber of Commerce "applauded" the approach decrying the "regulatory juggernaut that is limiting economic growth, choking small business, and putting people out of work."

Yet, as shocking as this feels (to me), the U.K. and Canada both have experience with a similar framework.  The U.K.'s two for one regulation rule has been touted as saving businesses £885 million from May 5, 2015 to May 26, 2016 and there is now a variance requiring three regulations to be removed for each one.  Canada takes a more modest one in- one out approach.  No information is available yet on any externalities that may be caused by decreased regulations.  For some, and I count myself in this camp, the concern is that the total cost of failed environmental protection, wage fairness, safety standards, etc. may outweigh individual gains by small business owners.

The 2-for-1 special evokes some odd memories  for me (Midwestern, of modest means) of a K-Mart blue-light special.  The Trump Administration is flashing a big, blue light with the promise to cut regulation by 75% without reference to the content of those regulations.  The first tool, a "two for one approach" strikes me as a gimmick where the emphasis is on marketing the message of deregulation through quantity, not quality.  Not to mention the arbitrariness of the numerical cut off (why not 1 or 13?). It is the type of solution, that if offered in answer to a law school hypo, would quickly be refuted by all of the unanswered questions.  Can it be any two regulations?  Can the new regulation just be longer and achieve the work of several?  Should there be a nexus between the proposed regulation and the eliminated ones?  What is the administrative process and burden of proof for identifying the ones to be removed?  The Executive Order, targeted at business regulation, but in doing so has created the most "significant administrative action in the world of regulatory reform since President Reagan created the Office of Information and Regulatory Affairs (OIRA) in 1981." Hold on folks, this is going to be a bumpy ride. 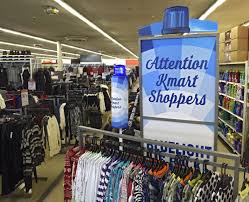 So glad you posted on this, Anne. And you raise many good points and share some great information. Thanks.

For my post Monday, I also will focus on this EO. I have a different analogy to share. Stay tuned!

The following link is a discussion of the EO promulgated by the Federalist Society. It focuses more intently on the requirement that regulatory cost be offset at elimination and the role of the OMB in vetting that criteria. See: http://www.fed-soc.org/blog/detail/regulating-the-regulators . As stated in the article at the link, the focus is about “putting regulators back on a regulatory budget.”

I concur that this EO is a “shot across the bow.” It serves two purposes: (1) to evidence that what was a campaign promise is a priority to the administration’s electorate and (2) to notify the “shadow government” of bureaucrats that the reform of the regulatory state is not an empty promise.

I think any reasonable person understands that there must be a modicum of regulation. When I teach employment and labor law, I point out that “good or bad, regulation is a hidden tax.” Compliance can (and does) impose tremendous time and, or, cost burdens. The larger problem is that rarely does the regulator administer the regulations with any regard to cost, effectiveness or with any level of common sense. In fact, it is often a mindless procession and I have my personal “war stories.” In my opinion (specifically addressing Dodd-Frank and then generally), the “one size fits all” approach is destructive. It preserves those with economy of scale and deters market entry. Regulators (like government in general) exist to regulate and their domain only grows as the regulatory state does.

As a reformed (won’t do that again) owner of a small manufacturing business for 28 years, I can factually state that regulatory burden plays a huge role in market entry and exit even for going concerns. I will concede that a service-based business does not tend to bear the same burdens as a manufacturer and that may play some substantial role in new business start-ups and growth.