Strine as Justice of the Supreme Court of the United States? 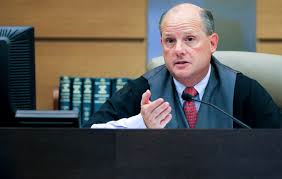 I haven't seen his name on any of the short lists to replace Justice Scalia, but I would love to see the current Chief Justice of the Delaware Supreme Court, Leo Strine, get the nomination.

The benefits of nominating Chief Justice Strine include:

Anyway, I am sure President Obama will go with a more conventional pick, but I do hope to see a Supreme Court justice with corporate law expertise on the court eventually.

I love this idea. I can even imagine it getting some traction, although in all likelihood any nominee is doomed. Strine is a Democrat with good political connections, but the Delaware corporate angle could conceivably sway some Republicans. More likely the Delaware angle would just anger Democratic activists and Republican Senators probably aren't persuadable. But still, the hearing would definitely be worth watching.

This thought had occurred to me, but Strine's recent writing responding to Citizen United would arouse Republican opposition.