Back in the heady days of 2011, everyone wanted Facebook shares, but Facebook was not yet publicly traded.   It was close to bumping up against the then-500 shareholder-of-record threshold, however, which would have triggered reporting requirements under Section 12(g) of the Exchange Act. As a result, Goldman Sachs developed a single investment vehicle to allow clients to invest in Facebook indirectly; the vehicle would purchase Facebook shares (and count as a single shareholder), and then Goldman clients would buy shares of the vehicle. Eventually Goldman ultimately was forced to modify its plan due to a different SEC rule, so its legality was never tested.

Fastforward to 2016. The JOBS Act has now upped the shareholder threshold to 2000 shareholders of record (or 500 unaccredited shareholders), and eliminated the rule that tripped up Goldman’s earlier efforts, so Morgan Stanley and Merrill Lynch are playing the game again with Uber shares. Accredited investors will have the opportunity to buy interests in New Riders LP, whose sole assets will be stock in Uber. 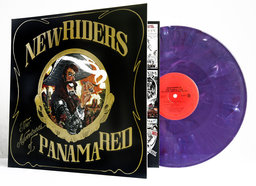 The minimum price tag is $1 million through Merrill, or a paltry $250K through known-populist Morgan Stanley. The 290-page offering materials are heavy on risk disclosures, but fail to include any financial information about Uber; instead, investors are urged to trust Morgan Stanley’s and Merrill’s valuation.

[More under the jump]

Will the New Riders vehicle cause Uber to run afoul of the 2000 shareholder-of-record maximum, forcing it to reporting-company status?  Ordinarily, investment vehicles, like mutual funds, count as a single shareholder for 12(g) purposes, but Rule 12g5-1 has an anti-evasion provision that prohibits vehicles from being used to circumvent Section 12(g)’s requirements. That said, it’s not clear New Riders LP – which presumably was created independently of Uber management – counts as an evasion. As the SEC Staff concluded, because the reporting obligations attach to Uber and not its shareholders, actions taken by shareholders without Uber’s involvement may not count as a circumvention.

That said, the situation merely highlights the difficulty of using a shareholder count to trigger reporting company status. In her article, The Once and Future Irrelevancy of Section 12(g), 2015 U. Ill. L. Rev. 1529, Usha Rodrigues points out that originally, Section 12(g) was not intended to “force” companies to go public based on their shareholder count, but instead was intended to deal with the problem of companies that were already functionally public because they traded in over-the-counter markets rather than on an exchange. Today, reporting requirements have been extended to companies that trade on the OTC Bulletin Board, making 12(g)’s original purpose a lot less relevant.

This is not to say there isn’t a role for 12(g).  Platforms like SecondMarket may be the new OTC, and even if shares – and shares in investment vehicles – are held only by accredited investors, we may be concerned about these shareholders’ ability to fend for themselves without public reporting. The “unicorn” phenomenon is a case in point; many mutual funds and pension funds have invested in pre-IPO companies at what are apparently inflated valuations, which will ultimately harm the retail investors who rely on these entities.  And I gotta say, New Riders LP's "trust us" prospectus is not exactly setting an inspiring precedent.

Donald Langevoort and Robert Thompson point out that some companies – by virtue of their size and economic footprint – have a quality of “publicness” that justifies a reporting requirement.  See Donald C. Langevoort & Robert B. Thompson, "Publicness" in Contemporary Securities Regulation After the JOBS Act, 101 Geo L.J. 337 (2013). But shareholder counts are so slippery and easily-evaded that they hardly seem like an appropriate way to draw the line.

We could have a look-through requirement that focuses on the beneficial owner rather than the vehicle; as Professor Rodrigues notes, however, when legislators attempted to add such a requirement to the JOBS Act, they were thwarted by the investment banking lobby.

In any event, as Professor Rodrigues concludes, Section 12(g) as currently constructed hardly seems to be doing much of anything; so if we do think that companies that reach some level of size/importance/investment level should also be subject to reporting requirements, we’re going to have to come up with a different metric.

Great post...will go to my securities regulation students when we get to 12g and Reg D.

Ha - yes, I'll definitely be using this as an example for my class, as well. Glad you liked the post!

Usha's article is definitely worth reading. I was going to recommend it myself. I was surprised by her empirical conclusion that 12(g) probably didn't force many companies to register.

Yes it was - not surprising that JOBS Act amendments were made without a lot of empirical support, though.

Great post, Ann, and thanks for the shout-out. My fascination with Section 12(g) led to my writing this article about why it's in the JOBS Act: http://papers.ssrn.com/sol3/papers.cfm?abstract_id=2486720. It's not really a securities article, but the story is a good one, and you can get that from the intro...