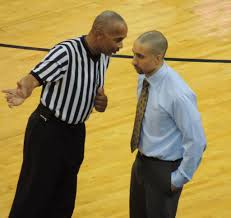 If you pay attention to college sports news, you know that Shaka Smart is leaving VCU to coach men's basketball at the University of Texas.

As a professor, my interest, of course, is in the coaching contract.

More interestingly, the contract includes a provision that requires a home-and-home series with VCU and Smart's new team or payment of an additional $250,000 to VCU. Smart took VCU to the Final Four in 2011, so in 2013 when this new contract between Smart and VCU was signed, VCU knew that Smart was one of the most sought after coaches in the country. As such, this seems like an excellent (and creative) clause to include; if Smart left VCU, he would likely be headed to a top-program and games with that top-progam could be quite valuable.

All of the above has been reported in other outlets. What I haven't seen reported (though I obviously haven't read all the reports) is the required timing of the home-and-home series. The VCU-Smart contract states that the series is "to commence at [VCU's] venue within one year of the resignation." I am not an expert on college basketball, but I believe the schedules are usually finalized well in advance. To comply with the contract and avoid the additional $250,000 buyout, it appears that Texas would have to agree to play VCU this coming season. If VCU prefers the $250,000 payout to the home-and-home series, then maybe this tight time table makes sense. If VCU prefers the home-and-home series, then this seems like it might be an impractically tight deadline. Perhaps VCU will attempt to negotiate with Texas and give Texas another year to comply if they need it.

Also of possible interest, it appears that if Texas had waited from March 29 until April 1 to fire their former coach (Rick Barnes...who we are welcoming to Tennessee) they could have possibly saved  $250,000. If Smart would have waited until May 1 to resign from VCU, Texas could have saved  $100,000 on Smart's buyout. But perhaps time was of the essence in this case. If Texas would have waited, maybe Smart would not have been available, or maybe the time is needed for other things like recruiting, media promotion, and fundraising.

In related news, football coach John Chavis, LSU, and Texas A&M are litigating over the date that Chavis "resigned," which impacts his buyout. Like the VCU-Smart-Texas situation, careful attention to the wording of contracts is quite important.