Competition: Winning and How You Play the Game 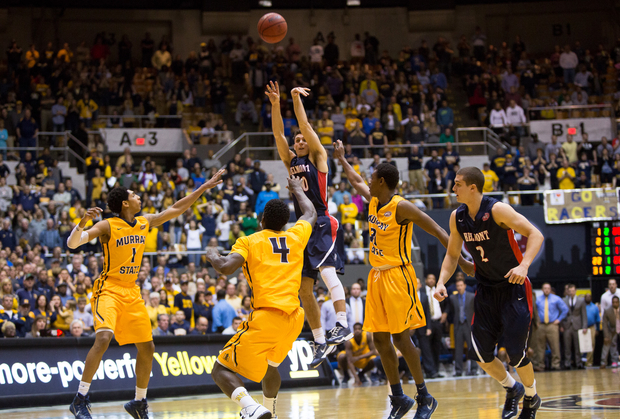 At Belmont, we have been basking in the glow of a dramatic win in the men’s basketball OVC championship game.

While I could not be prouder of all the members of our team, many of whom are majoring in business, I am most proud of the way they played and conducted themselves – with heart, effort, intelligence, humility, confidence, and class. Murray State, holder of a 25-game win-streak and ranked #25 in the country coming into the game, played just as hard and conducted themselves with class as well.

The OVC championship game was the best basketball game I have ever seen and it was a shame that either team had to lose. In the unlikely event that any selection committee members are reading this, I think Murray State deserves a spot in the NCAA tournament as well; how do you justify dropping a team from #25 to outside the top-68 teams after a well-played 1-point loss to another strong team?

Since that basketball game, I have been thinking a lot about “winning” as compared to “how you play the game.” Growing up, I was insanely competitive and was obsessed with winning. I loved the quote attributed to Vince Lombardi: “winning isn’t everything, it is the only thing” and I despised the claim that “it isn’t whether you win or lose, it is how you play the game.” (Interestingly, some argue that Lombardi never said those words, claiming instead that he said “[w]inning is not everything, but making the effort to win is,” which is much closer to the statement I despised.)

Perhaps, I am getting softer as I age or maybe it is being a father that is changing me, but I now believe that how you play the game is much more important than whether you win or lose. Results of games, like Belmont’s recent one, could turn on a fraction of an inch, but conduct during the entire game (and before and after the game) tells you a great deal more about the character of the competitors.

I am still not in the “everyone gets a trophy” camp and I still think winning and losing are important parts of competition, but I do think that “winning” should be subordinated to certain overriding principles. When the overriding principles govern, you get things like Bobby Bowden sharing his playbook with the Marshall University team that lost most of its members in a plane crash OR the carrying of an injured opponent around the bases OR the helping of a fallen runner. When winning is seen as “the only thing,” teams and individuals skirt rules to gain an advantage (doping in baseball, cycling, and track; recruiting violations; spygate; deflategate; etc.)

Next week I will apply some of these concepts to business.