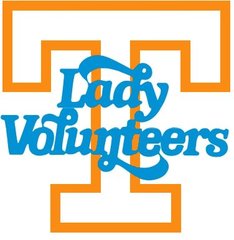 Readers who know me well understand that I am a die-hard fan of The University of Tennessee's athletics teams.  As a former college athlete and continuing college sports fan, I embraced the Tennessee Volunteers and Lady Volunteers as if they were my own when I moved to Knoxville in 2000.  I first became a Lady Volunteer basketball ticket holder.  Then, I donated to the university and got myself in the queue for football tickets.  Men's basketball followed once I began service as a member of the campus's athletics board.

A week ago, the campus administration announced that the university would be dropping the Lady Volunteer brand for all sports except women's basketball.  The press release is not a model of good communication to the multiple interested constituencies that could be expected to read it.  It manages to muddle the rationale for the change (citing to a campus rebranding effort, brand audits, and the campus's new allegiance with Nike), send mixed messages (citing a perceived need for consolidation, but leaving the women's basketball team out of the consolidation), and ignore the value of the Lady Volunteer brand to female athletes not playing on the basketball team (asserting that "[t]he Lady Vol logo . . . has long been the monogram of excellence and a tradition among our loyal basketball fans." (emphasis added))--somewhat denigrating those non-basketball Lady Volunteer athletes and their fans in the process.  As my Facebook friends know, I am not happy about this change.  I believe that university is effectively (but admittedly not totally) giving the shaft to a valuable brand--a brand that has taken many years to build--one that is distinctive and meaningful because of its association with empowered, successful female athletes in many sports.

Apart from my disagreement with the change, however, I wondered whether legal counsel had--or could or should have had--any involvement in this "brand transition."  I suspect so.  Among other things, I would expect that best practices would dictate that all press releases receive review from one of the university's lawyers in the General Counsel's office.

But maybe I am giving the university and its legal counsel too much credit . . . ?

For another (perhaps more interesting?) take on intellectual property law issues stemming from the university's Power T rebranding campaign, see this post from one of our UT Law alums, Kevin Hartley (who practices at Stites & Harbison in Nashville).

Your very same concerns regarding Lady Vols have been gnashed around in Nashville for a number of years where "international brand loyalty" had been accrued under "Fan Fair/Fest" (trademark) yet abandoned for the moniker, the CMA Music Festival. There, too, one hopes that it was long considered.

Thanks for these thoughts, Tom N. I guess there is no limit to the market for bad re-brandings . . . . See this web page for more on that issue: http://www.underconsideration.com/brandnew/archives/the_best_and_worst_identities_of_2013_part_2_the_worst_reviewed.php#.VGuExWe9bq4.

Thanks for the link.