Last night Belmont's men's basketball team beat a very good UW-Green Bay team 80 to 65 in the first round of the NIT.  Both teams were extremely close to making the NCAA tournament this year. Earlier this year, Belmont beat highly ranked UNC and UW-Greenbay beat ACC-Champs UVA. 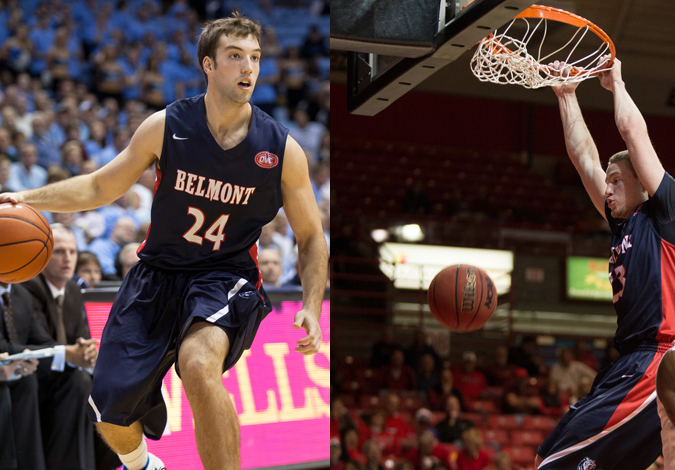 Why is Belmont basketball relevant to this blog?

Well, actually, I just wanted to brag on my school's team, but I will try to make a connection.

In a similar study, a personal friend of mine and University of Georgia doctoral candidate, Michael Trivette, co-authored a paper in 2012 with Dennis Kramer (UVA) about the increases in selectivity and accepted student standardized test scores experienced by schools that switched athletic conferences.

Whether the time and money put into college sports is worthwhile makes for heated debate, and I am sure there are studies challenging some of the findings in the papers I linked to above.

Personally, I love being at a school with competitive Division-I sports (even though we do not have a football team...).  First, I am convinced our sports teams are helping us recruit better students, Second, I think the teams help create community and school loyalty.  Third, I think our basketball team is one of the handful of things that has given our relatively unknown (but wonderful) school national attention (a few of the other ventures onto the national stage include our school's appearances on the TV show Nashville, the annual airing of Christmas at Belmont on PBS, and the hosting of a 2008 presidential debate...not necessarily in order of importance).

A few of my co-bloggers teach at schools with some of the most successful athletic programs in the country (Duke, Nebraska, West Virginia).  I imagine they may have their own views, and I know that the relationship between university sports and academics is a complex one.

Update: As noted in the comments, here is an article on Butler University's 40% increase in applications following their NCAA tournament runs.  The article's author also claims that Butler received $1 billion worth of media attention.  (Granted, making the NCAA finals is very different than a first round NIT win, or even a win over UNC, but we have to start somewhere).

I believe there is no doubt that the success of athletic programs - from the athlete and student perspective - influence school selection in an undergraduate setting. This influence, I would qualify and posit, may be limited to preeminent athletic schools and the experience the student is seeking while in that school. As for graduate work, it is my opinion that preeminence of the program, accessibility and flexibility are the measure.

Thanks for the comment, Tom. While the top sports schools might get the most total benefit (though at some point big sports might take away from academics), I think it is sometimes the relatively unknown schools that see the biggest increases after athletic success because the performance "puts them on the map." For example, I wouldn't call Butler a top sports school (Anne may beg to differ), yet their applications increased 40% after their NCCA tournament run. http://m.washingtonpost.com/local/education/tiny-butlers-ncaa-tournament-success-provided-a-bounce-beyond-basketball/2013/03/20/8f749926-8ca3-11e2-9f54-f3fdd70acad2_story.html I don't have great expectations for our NIT win, but I think beating UNC did get us some valuable national attention and may have caused a few students to look at us as a school. I agree that you see the biggest impact at the undergrad level (and I teach a number of undergrad business law classes) but I think the grad schools get a small bump as well. That said, I don't have the data about grad schools, just a hunch.

No quibbles from me. Butler is a great private, liberal arts school that has a rich academic and community service reputation. As a school of roughly 3500 students (at least when I went there), the numbers don't support it being a top sports school. The attention the schools receives as a result of its basketball program is great PR for a wonderful school. I will forever remain grateful for the dynamic education I received there. GO BULLDOGS!