Tales of Terror! (Or, Waiver at Trial and on Appeal) 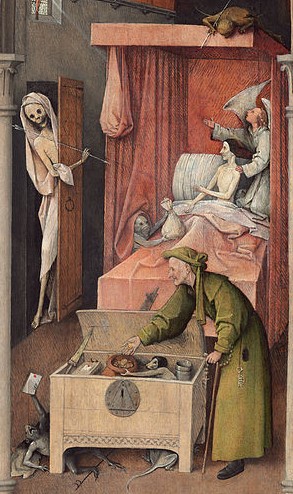 Few words strike more terror into the hearts of appellate practitioners than the word "waiver." It is the monster that lurks under the bed and hides in the closet of those who strive to have issues resolved substantively on appeal rather than simply dismissed.

Waiver can occur at two primary levels: at trial and on appeal. But whenever it rises, it can cause nightmares for you and your client.

Waiver at Trial - The Monster Under the Bed.

At trial, waiver can arise in a variety of ways. It often arises from a failure to preserve error meticulously. Did you get a ruling but fail to make an offer of proof so the court knows what was excluded? Waived! Did you think that the ruling on your motion in limine was good enough, so you didn't renew the objection at trial? Waived! Did you object to an improper or omitted instruction but fail to offer an accurate instruction in its place? Waived! The list goes on and on.

And then there is the infamous Rule 50. Federal of Civil Procedure 50 was practically written by the boogeyman. Rule 50(a) provides that, at the close of evidence, a party challenging sufficiency of the evidence must move for judgment as a matter of law (JMOL) by specifically pointing out the law and facts that entitle that party to judgment. This is presumably so that the challenged party has an opportunity to correct any defect in proof. Rule 50(b) then provides that, after judgment, the sufficiency argument must be renewed if it was not granted the first time.

The traps caused by this two-step requirement have left many appellate practitioners with little to argue. If you did not move for JMOL at both points in the trial, your sufficiency challenge is waived. If your 50(b) points do not match your 50(a) points, many circuits will also find any differing points waived.

But not early enough, according to the Fifth Circuit. Instead, the court held that the JMOL/MNT had been implicitly overruled by the trial court when it had entered judgment. Then, since the JMOL/MNT filed after judgment was identical to the implicitly-overruled motion, it was really a motion for reconsideration, and did not extend appellate deadlines. As such, the notice of appeal was not timely, and the court did not have jurisdiction over most of the issues in the case.

Waiver on Appeal - The Monster in the Closet.

Waiver on appeal can be even more insidious. In federal court, the issue technically becomes one of waiver (an intentional relinquishment) versus forfeiture (an unintentional omission). See Wood v. Milyard, 132 S. Ct. 1826, 1832 (2012). But whatever they call it, waiver can arise not only because the issue was not addressed at trial, but because it was not adequately addressed in the brief. Thus, some courts have found waiver where the issue was raised but only in a footnote, or in a page or less of briefing, or without citation to supporting authority. See Barry A. Miller, Sua Sponte Appellate Rulings: When Courts Deprive Litigants of an Opportunity to Be Heard, 39 San Diego L. Rev. 1253 (2002).

This is the type of waiver that can catch even the most astute legal writer. As professionals writing to a very specific audience, we listen closely when that audience speaks. And that audience repeatedly tells us that they are tired of reading our work. "Shorter is better" seems to be the recurring theme. I have even attended conferences where a justice will admonish the audience to stop citing them to authorities everyone knows, like the standard of review.

Shorter is better, but there is a shadowy place where short and concise transitions over into waiver. In the quest to cut the argument down to its finest form, we must not cut too deeply, lest the court determine there is not enough flesh left on the bones. See United States v. Dunkel, 927 F.2d 955, 956 (7th Cir. 1991) ("A skeletal 'argument', really nothing more than an assertion, does not preserve a claim. . . . Especially not when the brief presents a passel of other arguments . . . . Judges are not like pigs, hunting for truffles buried in briefs.").

Indeed, this is part of what makes briefing waiver (or forfeiture) so terrifying. What one justice finds pleasing may cause another justice to find waiver.

And then there is the timeliness of the argument. We consider it a general rule that issues not raised and decided in the trial court should not be considered on appeal, or that issues raised for the first time in a reply brief are forfeited. But the Supreme Court has been careful to preserve the discretion of courts to take up issues, and refuses to pronounce any such "general rule." See Singleton v. Wulff, 428 U.S. 106, 121 (1976).

As a result, one can never be sure when an issue that seems to be dead will suddenly lurch back to life. See Melissa M. Devine, When the Courts Save Parties from Themselves: A Practitioner's Guide to the Federal Circuit and the Court of International Trade, 21 Tul. J. Int'l & Comp. L. 329 (2013). If the court decides that the issue is important, or is required by justice, or involves "basic" issues of pure law, it can resurrect a dead argument sua sponte. Id. Even worse, if you did not address an issue because you considered it waived, you can be deemed to have "forfeited the forfeiture" or "waived the waiver." Cook v. Rockwell Int’l Corp., 618 F.3d 1127, 1139 (10th Cir. 2010).

Waiver and forfeiture really are boogeymen. They can ambush you at trial, trick you into making mistakes in your briefing, and even raise dead issues back to life. If you want to sleep well, keep the above issues in mind when preserving error or writing your next brief.