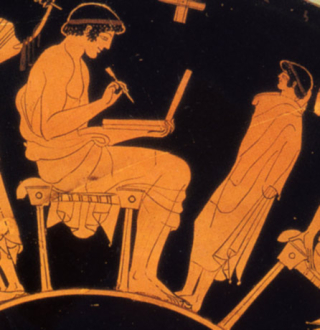 When I was in college, I had the opportunity to sit and talk for a bit with Ray Bradbury after he gave a lecture on writing. His first advice on writing? "Write the damn thing!" It will probably be garbage, he continued, but you need something to start with. Because, "Good writing is rewriting."

I later learned that Bradbury practiced what he preached. He had a note posted over his typewriter that just said "Don't Think!" But he also was a stickler for rewriting. When he first wrote "Something Wicked This Way Comes," the draft stood at 150,000 words. He then cut 50,000.

Recently, I was reminded of that conversation when, after learning of her passing, I re-read Justice Ruth Bader Ginsburg's interview by Bryan Garner in The Scribes Journal of Legal Writing. She was deeply influenced in her writing, she said, by one of her professors - Victor Nabokov. And Nabokov once said:

“I have rewritten — often several times — every word I have ever published. My pencils outlast their erasers.”

This training led Ginsburg to work "very hard" on every opinion she wrote, going through "innumerable drafts." Her goal was clarity, and that clarity took a great deal of work. Her oftentimes ideological opponent, and friend, Justice Antonin Scalia, agreed in his interview, admitting that he was not a naturally facile writer, and that he continued working on drafts until they took them from his hands.

I take a great deal of comfort from this exchange between Garner and Scalia:

BAG:  Do you think it’s often true that the less facile writers, the ones who really struggle with it the most and put the most effort into it, are the best writers?

One of the greatest compliments I can be paid by a client is often accompanied by a criticism. I know I have done my job well when a client reviews a brief I have written and then expresses dismay when they see the time I spent on it, because the ultimate product makes everything seem so simple. But trust me, it just looks easy.

The picture at the top of the article is ancient. It is a painting from about 500 BC of a scribe using a wax tablet. Wax tablets had two great advantages at the time: You could write quickly on them, and you could even more quickly melt away the words you had written. The modern tablet is even faster at both tasks. Don't ever feel bound by that first draft when it can so easily be melted away and improved.

As I work on a brief this week, those reminders have helped me focus in on what matters. I am working diligently, because I am not, naturally, a facile writer. I am putting down thoughts on paper quickly, and then rewriting painstakingly.

Because, after all, good writing often requires requires a great deal of editing is re-writing rewriting.