This is a guest post by Philip Hall.  Philip is a rising 3L and a member of the Moot Court Board at Penn State’s Dickinson School of Law.  After law school, he will be a civil litigator at the law firm of Knox McLaughlin Gornall & Sennett, P.C. in Erie, Pennsylvania. 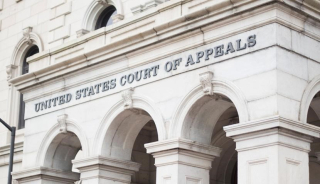 Unpublished, or “non-precedential,” judicial opinions are especially misunderstood creatures of appellate litigation.  Yet they’re extremely common.  A 2019 report from the Judicial Conference of the United States revealed that in recent years, almost ninety percent of federal appellate opinions have been designated as non-precedential.  If you’ve ever cited a case from West’s Federal Appendix (cited as “F. App’x,” per the Bluebook), you’ve cited a non-precedential opinion.

If unpublished decisions aren’t precedent, then what are they?  It’s simple: unpublished opinions are, at best, persuasive authority.  Indeed, because unpublished decisions are written primarily for the parties, with the assumption that important aspects of the case not mentioned in the opinion are understood, they may carry even less weight than a district court’s or sister circuit’s opinion.

“So,” you may be asking, “Rule 32.1 gives attorneys unrestricted permission to build their arguments on the foundation of non-precedential opinions, right?”  Not so fast!  Attorneys have an ethical duty to refrain from any “conduct involving dishonesty, fraud, deceit, or misrepresentation.”  Because non-precedential opinions are (with limited procedural exceptions) not binding, attorneys should cite to such opinions sparingly and follow an unyielding ethical compass when doing so.  The Third Circuit Court of Appeals expressly mandates that attorneys specify parenthetically when a cited opinion is not precedential.  The Third Circuit also forbids attorneys from using phrases like “this Court held” when discussing non-precedential opinions.  Attorneys should consult their jurisdictions’ local rules of procedure to ascertain their ethical obligations when relying on unpublished opinions.

Because non-precedential opinions comprise the vast majority of federal appellate decisions, it’s highly likely that appellate litigators will face the temptation to rely on an unpublished, on-point case.  So tread cautiously, cite judiciously, and argue ethically.