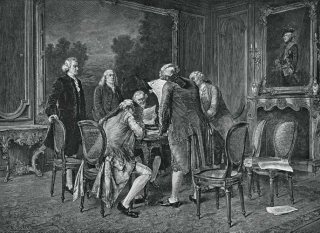 In a 2015 Justice Elena Kagan quipped that, when it comes to statutory interpretation, "we're all textualists now." She noted that, when she was in law school, statutory interpretation was not taught, and that judges were often left to make what were essentially legislative decision in implementing the law as they believed the legislature intended.

Justice Scalia's tenure on the Court changed that. Scalia argued strongly for textualism as the primary methodology in statutory interpretation, and emphasized its value as a neutral starting point for judges who were meant to be more like umpires than congressmen.

Those watching on the outside questioned the approach. Textualism and originalism are often associated with political conservatism. Some scholars looked at Scalia's decisions and questioned whether they were true methodologies, or just means to a political end. Many political conservatives believed that the increasing influence of textualism meant an increased likelihood that the Court would support their agendas.

Recently, in Bostock v. Clayton County, Justice Gorsuch addressed the meaning of "because of ... sex" in Title VII from a textualist standpoint. Gorsuch explained that under this approach, what the drafters intended in 1964 did not matter. What mattered where the words they used. And because those words prohibited treating a person different "because of sex," whenever sex is a “but-for” cause of an employment decision, Title VII is violated.

In his words: "If the employer intentionally relies in part on an individual employee’s sex when deciding to discharge the employee—put differently, if changing the em­ployee’s sex would have yielded a different choice by the em­ployer—a statutory violation has occurred."

Commentators have had a field day in analyzing this decision. Many of those who are politically conservative are frustrated with the decision because it does not follow their agenda. Many of those who are progressive politically are ready to embrace Justice Gorsuch as a new torchbearer. And on both sides, there are concerns with how this simplistic "but-for" test will work out, with hypotheticals flying.

A short time later, Gorsuch penned another decision, this time in McGirt v. Oklahoma. Once again, Gorsuch's focus was on the text. First, the text that Congress had written to create a reservation for the Muscogee (Creek) Nation, and second, on the lack of any plain text disestablishing that reservation. Again, Gorsuch noted that Congress likely had the desire and intent to do so, but that it never issued any actual laws that would effectuate that intent.

These decisions are both solid evidence that textualism is a methodology, not an ideology. At least for Justice Gorsuch. Gorsuch applied the methodology in a way that permitted him to chart an objective path regardless of ideology.

Indeed, neuroscientists and jurists alike suggest that in order to overcome implicit bias, it is essential to employ objective methodologies. An approach that is rooted in textualism engages the brain in a way that requires "slow" thinking, and can avoid snap judgments based on presupposition.

When it comes to textualism, then, we really are all becoming textualists. Regardless of political affiliation. And we should not be surprised that when judges apply objective standards to statutory interpretation, that interpretation might not always be favorable to the platforms of the party that appointed them. Indeed, the Justices may not even agree with the eventual outcome itself. And that is the point.

(image credit: Signing the Preliminary Treaty of Peace at Paris, November 30, 1782, print reproduction of a painting by Carl Seiler. From the U.S. Diplomacy Center)