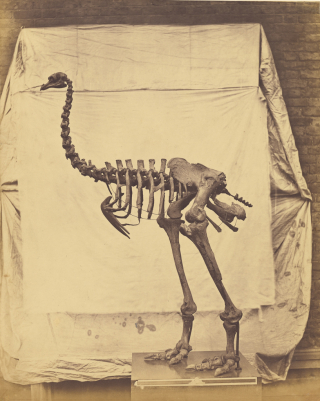 Last year was a rough year for the doctrine of stare decisis, the rule that prior precedent should be followed in subsequent similar cases. In 2018, in Janus v. American Federation of State, County and Municipal Employees, Justice Alito quoted from Payne v. Tennessee, a 1991 Rehnquist opinion, reasoning that stare decisis as important because it "promotes the evenhanded, predictable, and consistent development of legal principles, fosters reliance on judicial decisions, and contributes to the actual and perceived integrity of the judicial process. Thus, although stare decisis is not an "inexorable command," past precedent should not be overturned without "strong grounds" for doing so. These grounds included an analysis of the quality of the reasoning, the workability of the rule established, its consistency with related decisions, developments since the rule was handed down, and subsequent reliance on the decision.

In his May 2019 majority opinion in Franchise Tax Board v. Hyatt, Justice Thomas concluded, after analyzing four of these factors, that the first three justified overruling prior precedent. In reaction, Justice Breyer noted in his dissent that believing that a case was wrongly decided cannot justify "scrapping settled precedent."  Instead, according to Breyer, since the dissent in the prior precedent had considered the majority decision to be wrongly decided, but still "plausible," overruling a decision that is not "obviously wrong" simply because the majority now agrees with the prior dissent is "obviously wrong."

The next month, Justice Kagan, writing for the majority in Kisor v. Wilkie, again quoted from Payne regarding the importance of stare decisis, and argued that any departure from the doctrine must be supported by some "special justification" beyond the argument that the prior case was wrongly decided. Finding that the precedent at issue was not "unworkable" or a "doctrinal dinosaur," the majority refused to overturn it. Justice Gorsuch, writing a concurring opinion, seemed to reject Kagan's strict approach, instead returning to the Janus factors created by Alito and suggesting that such factors should permit the overturning of precedent when it "no longer withstands careful analysis."

This back-and-forth battle involves more than just a disagreement over the legal standard for overturning precedent. There are political and social subcontexts that are being flagged in these cases. But that is a subject for a different blog. What I am concerned with is what a practitioner, after all of this sparring, is supposed to do with adverse authority now.

First, it should go without saying that you can't ignore adverse authority. ABA Model Rule3.3(a)(2) states that “a lawyer shall not knowingly … fail to disclose to the tribunal legal authority in the controlling jurisdiction known to the lawyer to be directly adverse to the position of the client and not disclosed by opposing counsel.” Even if you think you can distinguish the authority, or that it is a dead doctrine, you must deal with it.

Second, be sure that you are actually dealing with precedent that is directly applicable to your case. If the authority is distinguishable, you don't need to directly attack it. Just show why the decision does not dictate a result in your case. As Justice Frankfurter wrote, "If a precedent involving a black horse is applied to a case involving a white horse, we are not excited. If it were an elephant or an animal ferae naturae or a chose in action, then we would venture into thought. The difference might make a difference." Reid v. Covert, 354 U.S. 1, 50 (1957) (Frankfurter, concurring). Explain why your differences dictate a different outcome.

Third, when you do have to discuss applicable adverse authority,and you cannot distinguish it, use the structure applied by both sides of the debate whenever possible. Both sides of the debate in the Court give lip service to the idea that stare decisis is not a rigid doctrine. One side seems to focus on whether the prior decision is unworkable or out-of-touch with current law, while the other prefers the multifactoral approach under Janus. Using both approaches therefore seems to be the best bet - quote and use the Janus factors, but focus on why the prior case has become unworkable or is out-of-touch with current law.

Fourth, enlist aid when showing why the prior case is unworkable. Surveys of former Supreme Court Clerks indicate that they find amicus briefs particularly helpful when dealing with complex issues beyond their experience. See Lynch, Best Friends?: Supreme Court Law Clerks on Effective Amicus Curiae Briefs, 20 J.L. & Pol. 33 (Winter 2004). If a doctrine has had an unworkable impact in a particular field, then briefing from amicus in that field may be necessary to get across the point. Consider soliciting that briefing at an early stage, as well as setting out the issue even in intermediate appellate courts.

Fifth, and finally, know your enemy. Understand the underpinnings and history of your adverse authority, so you can help the Court understand how some of those underpinnings may have changed over time. This will require extensive research, but if the Court is going to require "special justification" to change the adverse authority, it will require special effort on your part to explain and justify that departure. This may require some legal digging, but if you can show, at the end, that the adverse case is really a dinosaur, all that digging is worth it.

Thanks goes to appellate lawyer Scott Rothenberg's paper, "Prevailing in the Face of Adverse 'White Horse" Authority" for inspiring this post.