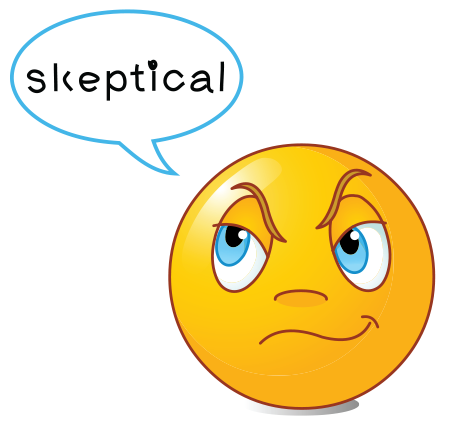 We legal writers have the toughest persuasive job around. Because many of our readers have it out for us. They hope we won't persuade them. Maybe another lawyer has already done a good job arguing that we're in the wrong. Or maybe the points we're pressing just happen to butt up against our reader's beliefs or biases. Whatever it is, our readers often start out as our worst enemies.

So what to do? One idea is to treat your readers like you'd treat anyone else in your life. Be nice to them. Be likeable. Do everything you can to get back on their good side. What I'm pretty sure will not work is coming off like a jerk.

But that's exactly how many lawyers sound in their writing. They whine; they tattle; they use words meant to make them sound smarter than the person reading. They force their points so fiercely that they sound smug.

In real life, we all know that no one likes people who talk this way. But in our briefs, it suddenly seems ok. And it's not just intuition: Good research shows that an unlikeable tone hurts you in the persuasion department.

We all stumble with tone sometimes. So here are some ideas to strike a better one.

Step 1: Cut down on subjective adverbs and adjectives—let objective-sounding nouns and verbs do the lifting.

The easiest way to avoid an annoying tone? Cut down on lazy descriptors. Often we insert adverbs and adjectives into our sentences to try and manhandle our reader into feeling a certain way about something. Judges have heard about so much "blatant disregard" for the law, and even more arguments that "miss the mark." Can you imagine that stuff doing anything but make you sound annoying?

Instead of calling it a "heinous and viscous attack that caused severe and permanent injuries to plaintiff,” try details like:

“The defendant used an aluminum baseball bat to beat plaintiff until his knee caved in.”

Step 2: Obviously ground your arguments in law—save the emotions, policies, and values for the subtle spaces.

Carefully craft your document and major themes to have an emotional flavor, but give everything an obvious mix of the law. If your points sound like they stem entirely from the non-law stuff, it may backfire on you.

So perhaps instead of a theme painting a plaintiff as a "bad actor," you opt for a theme about how what the plaintiff did is precisely what Congress meant to regulate in passing the relevant statute. And how about instead of calling your opponent's argument a "desperate plea," you just rely on the good authority?

When you do weave the emotions and policies in, try to keep it under the radar. Tuck these points right behind your rule-based arguments. Or put them in paragraphs with some of the more legal-sounding rhetoric.

Step 3: Try to remove yourself from the equation.

There is rarely a reason to make a point based on your "belief" or "position." Make your arguments about what the facts say or what the authority does.

"Our position is that this discovery is too burdensome to be permitted."

"This discovery will burden defendant with an estimated $2 million in costs. That burden is not warranted under the Federal Rules for X and Y reasons."

When you forcefully set up an argument with someone else it can make you look defensive or controlling and, funny enough, argumentative.

Take this example from a federal brief:

“Should this Court decide to reach that issue in the first instance it must conclude that the Agreement is unconscionable.”

Many judges’ gut reaction will be: “Oh I will, will I? We will see about that!”

By forcefully telling a legal reader to “ignore” something, that something "doesn’t matter," or that a position is "flat wrong”—science shows you can actually trigger biases against you.

One study showed that when people were told to “ignore” a fact, that fact ended up becoming prominent for the listeners and, ultimately, weighed more heavily in their minds.

Just make your points on the merits and slide out of the scene without forcing anything on your reader. They must just respect you enough to start listening.

Step 5: But do use your opponents’ words against them.

Misrepresenting an opposing view is a credibility killer. One way to avoid this (and to avoid sounding argumentative in general) is to simply use your adversary’s words against them.

This means quoting their words and breaking them down. Like this:

The government now contends that the evidence was “harmless beyond any shadow of doubt and under any standard of review.” This is the same evidence . . . that the government hailed at trial as “powerfully probative evidence” concerning the very “nub” of the case.

Step 6: Avoid using hedging words to describe your own points or good facts.

Avoid using hedging words that undermine your position. You need to be confident—because that confidence is infectious. No, you should not misrepresent anything. And yes, exaggerating will kill your credibility.

But you must find a winning position (or positions) in your case. And then you must argue those points confidently. Otherwise, how can you expect a judge to go out on a limb and adopt your position? The perfect sauce is to be confident while never crossing the line into arrogant.