Is the Judge in the Botham Jean Case Out of Line?

Last week the public witnessed a remarkable scene when the 18 year old brother of murder victim, Botham Jean, forgave his killer from the stand and asked to give her, Amber Guyger, a hug. Even more remarkable was the interaction of the defendant and the judge in the case, Tammy Kemp, when she gave Guyger a bible and also a hug. 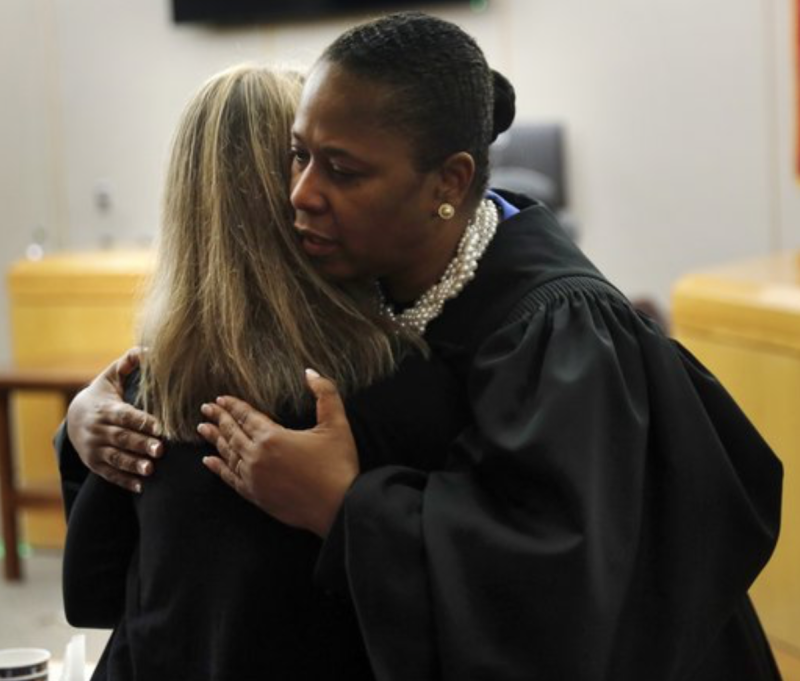 Now, the judge is the subject of an ethics complaint, but the reason may not be what most people would think of first. The complaint was filed by the Freedom from Religion Foundation and argues that the judge was proselytizing in violation of the First Amendment. Was that your first thought when you saw the scene?

The initial concern, it seemed to me, was the intimate action of the judge and the defendant. The judge did not maintain a physical distance or a seemingly emotional distance from Guyger, which will inevitably lead to conflict of interest claims if Guyger will appear before the judge in the future. The judge defended her actions:

“If she wanted to start with the Bible, I didn’t want her to go back to the jail and to sink into doubt and self-pity and become bitter,” she said. “Because she still has a lot of life ahead of her following her sentence and I would hope that she could live it purposefully.”

Over the last several years we have heard judges making various statements from the bench indicating certain political or ideological positions. I maintain those types of proclamations are best kept to themselves, in the interest of presenting the perception of an impartial judiciary. The judge's sentiment is laudatory, but this seems quite egregious.

The complaint regarding a violation of religious freedom seems creative, but is it the strongest point of error? Physically, the judge was not on the bench, and the proceedings seemed to be concluded, or at least there was no more business to attend to. It doesn't appear that the judge was acting in an official capacity at that exact moment (though I've done no targeted research to support this impression). Perhaps our readers know of similar situations where incidences like these have not been viewed as ethics violations?