Ethical Rules for the Supreme Court 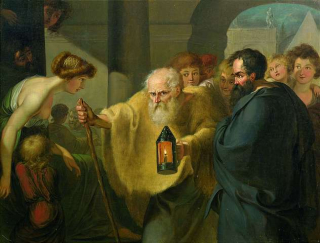 The United States Supreme Court is under attack on a variety of fronts. Public confidence is declining and coverage in the press is largely negative. Information regarding deliberations, once considered confidential, is freely leaked. And senators write amicus briefs openly threatening court packing legislation if the Court does not rule a certain way.

One of the critiques concerning the Court is that the justices seem to be above the same rules that guide other judges. This is, in fact, true. There is no code of ethics for the United States Supreme Court. And for good reasons.

Chief Justice Roberts presides over an office known as the Judicial Conference of the United States, which worked with the ABA to create and promulgate the Code of Conduct for Federal Judges in 1973 and continues to revise and update those rules. The code applies to all U.S. circuit judges, district judges, Court of International Trade judges, Court of Federal Claims judges, and magistrate judges. Conspicuously missing from that list are "United States Supreme Court Justices."

This lack of an ethical code means that some of the conduct recently criticized - leaks concerning confidential deliberations, criticism of political candidates, speeches at partisan legal organizations, and charitable fundraising efforts, to name a few - is not governed by the same rules that would apply to other federal judges. As a result, there have been several legislative efforts to impose a code of ethics on the Court.

Justice Roberts addressed this issue in his 2011 Year-End Report on the Federal Judiciary. Justice Reports revealed that the members of the Court do, in fact, consult the Code in assessing their ethical obligations. Just as the Code "provides guidance" to lower judges, it informs their actions. And, while there are separation of power issues that might be raised in objection, the Court also voluntarily complies with other legislative enactments, such as financial reporting requirements and limitations on gifting and outside income.

This reference to separation of powers is an important one. According to Article 3, Section 1 of the Constitution, Supreme Court Justices serve as long as they exhibit "good behavior," and under Article 2, Section 4, they face impeachment and removal only for "treason, bribery, or other high crimes and misdemeanors."

These are all extremely difficult questions that, so far, have been dodged by voluntary compliance with the legislation that has been passed. It seems unlikely that any legislation imposing a set of ethical rules on the Court (and there have been bills introduced since the 1970s to do so) will pass, given these obstacles.

That does not mean that the Supreme Court operates above the law. It just means that the justices operate under their oaths of office to fairly and impartially administer the law as the supreme and final arbiter of that law. As Justice Roberts noted in his year-end report, "at the end of the day, no compilation of ethical rules can guarantee integrity. Judges must exercise both constant vigilance and good judgment to fulfill the obligations they have all taken since the beginning of the Republic."

Without venturing too deeply into legal history*, this usage of the Code as a form of moral guidance is not new. The original canons were promulgated in 1908 by the ABA in reaction to the charge by President Roosevelt in a 1905 Harvard commencement speech that there be a public requirement that "all men of means, and especially the men of vast fortunes, ... set up an example to their less fortunate brethren, by paying scrupulous heed not only to the letter but to the spirit of the laws, and by acknowledging in their heartiest fashion the moral obligations which cannot be expressed in law, but which stand back of and above all laws." Specifically, Roosevelt's critique of lawyers as "hired cunning" more interested in commercialism than justice struck a strong progressive chord a the time, and resulted in the eventual adoption of the broader canons that governed the profession for so many years in much broader moral strokes than the Code that eventually replaced them.

The Court's usage of the Code, then, as a starting moral guidepost is in keeping with history. The Court has also indicated that it may be considering adopting its own Code in response to recent criticism. This, too, would be in keeping in history and our new populism. But if there is to be some more binding form of ethical guidance, it likely will have to come from the Court itself.