Finishing Touches: Editing Descriptions of the Law for Persuasion 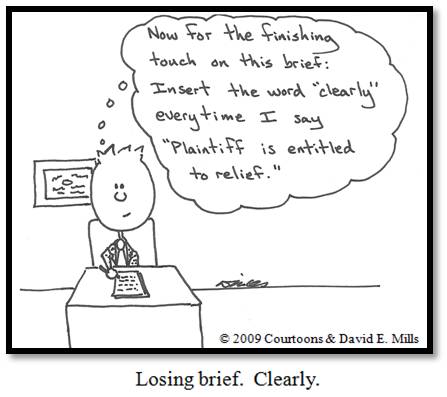 Many arguments consist of two main parts—an articulation of the law and an application of that law to the client’s facts. I thought the second part, arguing how the law applies to the facts, is where I persuaded the court to rule in my favor. However, I’ve learned that how I describe the law, before I ever apply it to the case, is equally important for effective advocacy.

When explaining the law in a brief, attorneys draw from authority. Sources of law are often written objectively. In a brief, simply paraphrasing or quoting court opinions or statues in their objective form neglects an opportunity to tell the client’s story using the law.

In their book Just Briefs, Laurel Oates, Anne Enquist, and Connie Krontz describe several techniques for telling the client’s story with the law. These techniques focus on presenting the law from the client’s perspective.

It can be challenging to draft the law from the client’s point of view while pulling from objectively written sources. I recommend writing a clear description of the law and then editing it for persuasion.

Let’s look at an example of how to edit a statement of the law to punch up its persuasiveness.

[I’ve omitted citations for ease of reading, though citations can also be used to persuade the court.]

Persuasive Statement of the Law (Revised Version of First Draft)

Amanda Sholtis teaches legal analysis and writing at Widener University Commonwealth Law School in Harrisburg, Pennsylvania.  You may contact her at alsholtis@widener.edu.