Tailoring the Argument to the Panel 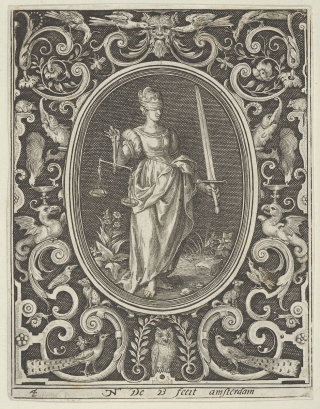 As the persistent reader may have noticed, I spend a fair amount of time thinking about who my judges are and how they are selected. The topic interests me from a larger political and social perspective, but also from a professional one. I want to know who I am speaking to because I want to know how best to help them to understand my client’s case. I want to know what they will find most interesting and persuasive. I also want to win.

One of my underlying degrees is in communication, and that field of study is heavily involved in audience analysis. Aristotle considered audience analysis so important that one of the three books that make up his seminal work, Rhetoric, is devoted to the topic. Aristotle was convinced that the only way to persuade an audience was to understand it, and tailor the argument to its beliefs as impacted by its background.

Modern communication theory continues to teach the same lessons. Kenneth Burke argued that to be truly persuasive, a speaker has to identify so closely with the audience that they become “consubstantial” – a word drawn from the religious world. Communications theorists stress the importance of knowing and identifying with the audience, because only by fully doing so can a speaker really be sure that the audience will understand the same ideas that are being spoken in the same way the speaker understands them.

With that background, I have always believed that it is important to know and understand my panel before oral argument so I can tailor the argument to be more effective. That means knowing and understanding the judicial mindset in general, and the individuals that make up the panel in particular.

At the most general level, we know that are panels are composed of justices who are trying to get through a full docket of cases and write the most correct opinions possible. From this we know certain things about our audience and their needs.

First, the justices need to receive succinct, accurate information that will assist them in doing their job efficiently. It needs to be apparent to them that you are going to give them practical help with that task and not waste their time.

Your panel will also generally be interested in the same issues that all judges are interested in by nature of their role. Thus, they will be concerned with understanding the factual data (is there a problem here? Why?), the legal data (does the legal precedent give me the authority to solve the problem?), the warrant (is this legal solution just and correct?), the consequences (will the solution make things better or worse?), and the limitations (what is the strength of the other side’s position?) of each argument.

But judges are more than just rational decision-making cogs in the judicial machinery of our nation. They are people. And people are complicated things.

In 1881 Oliver Wendell Jones, Jr. noted in his famous work "The Common Law," that:

The life of the law has not been logic; it has been experience. The felt necessities of the time, the prevalent moral and political theories, intuitions of public policy, avowed or unconscious, and even the prejudices which judges share with their fellow-men, have had a good deal more to do than syllogism in determining the rules by which men should be governed.

This proposition is surprisingly controversial. According to a National Law Journal article, the Seventh Circuit at the time refused to disclose the names of the judges on its panels in part because it encouraged “ad hominem arguments” that it considered improper in the context of delivering arguments that are being presented to the circuit as a whole. The Fourth and the Federal Circuit also withheld that information until the day of argument.

Most circuit courts, and most state courts of appeal, do disclose the panels. Some disclose them as early as the notice of setting, while others stagger the notice until closer to the actual argument.

This difference in practice seems rooted in a different perception of the role of individual judges. If judges are truly and perfectly impartial, fair, independent, and professional, then there is no need to know anything about them as individuals. But if they are humans attempting to fulfill these idealized roles, then they will be influenced by their position and past, and those attempting to communicate them will ignore those influences at their (client’s) peril.

Chad Oldfather, a professor at Marquette University Law School, has written about this tension. See Chad Oldfather, “Judges as Humans: Interdisciplinary Research and the Problems of Institutional Design.”  36 Hofstra Law Rev. 125 (2007). Building on the work of a political scientist named Lawrence Baum, Oldfather considers judges to be human, and not fallible, and thus subjected to influence in the human, fallible ways other humans are influenced.

Baum’s work concludes that judges are influenced by their own audiences of friends, family, the bar, their peers on the bench, the social groups they consider important (including political parties), and so on. In other words, judges have their own audiences that they must consider in their decision making. Noting the work of other disciplines, like the implicit bias research done in the world of psychology and neurology, Oldfather concludes that a “one-size-fits-all” approach to judicial decision making (and thus persuasion) is dangerously insufficient.

How, then, does the advocate analyze a panel and deliver the argument “to the court” while focused on the individual judges and maintaining a properly respectful approach?  In a word – carefully. Many of the changes that you will make based on your panel’s composition are implicitly directed towards the judges, rather than explicitly naming the judges. You can tailor your argument to the points they have raised in authored opinions and publications, or that they have asked in other oral arguments, or that may be of particularly interest or familiarity to them because of their backgrounds, all without mentioning the judges by name. This should be the default approach.

Certainly assuming that a judge must rule a certain way because they have authored an opinion in the past that says something helpful is the wrong approach, particularly if you express that opinion by calling them out at oral argument. Knowing that the judge has struggled with a particular position in the past and mentioning that discussion in the prior case is riskier, but still likely safe, so long as you suggest that you have an answer for the court and do not single out the judge as being in some way bound by that prior position. Knowing a judge’s background as a scientist or golfer or wine enthusiast and then referencing a scientific or golfing or oenophilic analogy is good practice. Suggesting that the judge is bound by a law review note they wrote as a student is not.

In other words, try to tailor your argument for the individual judges based on what you know of their concerns and interests, but don’t take up the type of ad hominem attack or personally-directed argument that the Seventh Circuit seems to be concerned about. And be aware of the audience that the judges are writing for, as well, as they have their own expectations that need to be met.

No human judge can meet the Olympian ideals set for them, but they try. And most are remarkably successful. They are still human, however, and relating to our judges as humans, while maintaining respect for the ideals they are striving to achieve, is an important part of persuasion.