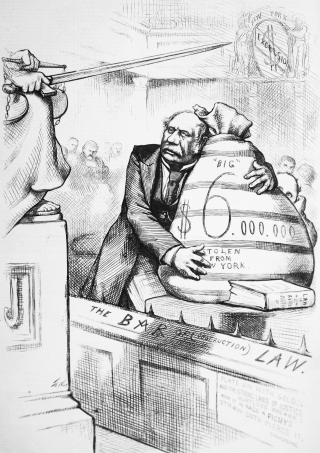 In my last article I commented briefly on the political history of the selection and number of justices on the Supreme Court of the United States. As I was writing that piece, a committee was taking testimony in the Texas legislature on a bill attempting to change the Texas judicial selection process. While federal judicial selection is largely a set process, the method of selection of state judges is an experiment in democracy that continues to change today.

Prior to the mid-1800s, most states selected their judges in a way that mirrored the federal system – gubernatorial appointment with legislative confirmation - with a minority of states using direct legislative selection. The Jacksonian era saw a renewed concern with accountability and public participation, and this led to rapid change. In 1832, Mississippi became the first state to switch to a popular election for judges. After a few years of observation, New York and several other states followed suit. By 1861, 24 of the 34 states used the new election system.

There have been several experiments since. Nonpartisan elections were used by 12 states in 1927. Since 1940, over thirty states have adopted some form a system of appointments (either solely gubernatorial or gubernatorial selection from a merits-based nomination system, which is called the “Missouri plan”) with nonpartisan retention elections. Today, only ten states use some kind of partisan election process to select their high court justices, and only five states rely solely on partisan elections.

My home state of Texas is one of them. In the most recent election cycle, for reasons that political wonks can (and do) argue about endlessly, this resulted in a seismic shift on the bench. 35% of all intermediate appellate justices were replaced. One-fourth of all trial judges, at all levels, were also replaced. Four of the largest state appeals courts flipped along partisan lines. By one count, over 700 years of judicial experience were removed from the bench.

The hearing on HB 4504, proposing a new judicial appointment and retention vote system (similar to the "Missouri plan"), covered the gambit of options and perils. Chief Justice Nathan Hecht framed the discussion in terms of the inherent conflict between impartiality and accountability. To be truly impartial, judges must be free of outside influence. At the same time, there must be some accountability for their stewardship of power. But if a judge rules contrary to popular opinion in order to remain impartial, yet is subject to removal through election by that same population, this balance is imperiled.

Calling partisan election an “utter failure,” Hecht opined that partisan election often means there is no true accountability for judges, since the focus is on partisan affiliation rather than performance. He also warned against the risk to impartiality in such a system:

Former Chief Justice Wallace Jefferson, the first African American member of the Supreme Court of Texas, while supporting the system, acknowledged that any system needs to increase diversity on the bench, and briefly discussed the impact of implicit biases based on different life experience. Former Chief Justice Tom Philips also supported the bill, asserting that for the vast majority of judges, the partisan label is meaningless, because they seek to serve the people and follow the law. Partisan labels, however, serve to undermine faith in their decision-making. Other practitioners spoke out against partisan elections because the cost in terms of the loss of judicial experience is too high when those elections result in sweeps, and because the system prevents some well-qualified candidates from ever running.

Speaking against the bill, Judge Eric Moyé, a longtime Dallas District Court judge, started with a reference to the importance of local government and local citizen control. Noting that judges are the most direct contact most citizens have with government, Moyé expressed his concern than any appointment process would bypass citizen control. Gloria Leal from the Mexican American Bar Association also testified against the bill, noting that 39% of the Texas population was Hispanic, a proportion that was not reflected on the bench (by my quick calculation of data from the Texas Office of Court Administration published on September 1, 2018, about 17% of the bench is Hispanic), and that popular election was the best way to reach a bench composition that matched the population.

In short, the testimony largely fell along the lines of the tension recognized by Justice Hecht – impartiality versus accountability. This balance was one of the many areas that Hamilton and Jefferson (as well as Madison) disagreed upon, with Hamilton arguing for a truly independent judiciary in Federalist 78, while Jefferson was primarily concerned that the judiciary remain accountable to the people through elections. Over the years, the various states have experimented with numerous ways to maintain that balance.

As an appellate practitioner who appears in different jurisdictions, I can say that by-and-large, these various systems get it right. The professionalism and integrity of our judges is, in fact, remarkable, given the various selection processes and pressures to which they find themselves subjected. This continued discussion, though, is important to ensuring that this remains the case. Only so long as the judiciary remains both impartial and accountable, through whatever procedures and safeguards we can refine, can we ensure a healthy system with judges who are qualified and willing to serve.

(Image credit: Thomas Nast’s cartoon “Princip-als, Not Men – A Lawyer Pleading for his “Client,” Harper’s Weekly, August 7, 1875, showing Nast’s fear that wealth was influencing the bench in its decisions regarding Tammany Hall. The sign on the bar is a quote from King Lear: “Plate sin with gold, and the strong lance of justice hurtless breaks. Arm it in rags, a pigmy’s straw doth pierce it.”).