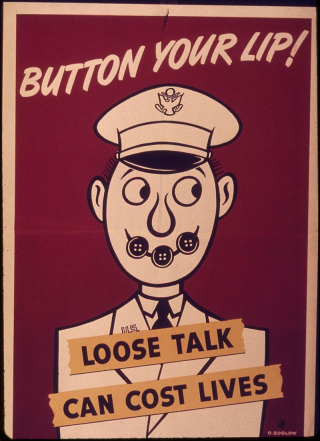 Last week, the Tampa Bay Buccaneers were "outed" in an appeal that they wanted to keep sealed. The team had oral argument set for April 1 as one of the claimants against BP Exploration for the Deepwater Horizon incident. Until March 29, it was simply "Claimant ID 100246928." It wanted to keep it that way, and have the courtroom where oral argument was set sealed off so no one could find out that it was making a claim. The Fifth Circuit denied that request.

In January, another appellate court was also asked to seal proceedings. In "In re Grand Jury Subpoena," the Supreme Court of the United States sealed a petition for writ of certiorari, along with the response and reply. There was great interest in this case, because it arose from a DC Circuit opinion that kept the parties' identities secret, while affirming an order of contempt against an unnamed foreign-owned corporation that had refused to comply with a grand jury subpoena. Since several news outlets had claimed that the grand jury was connected to the Mueller investigation, a motion to intervene and unseal by the Committee for Freedom of the Press was quickly filed. And denied. Last week, the petition was denied (after a brief stay was at first granted) without ever disclosing who was involved.

As the Committee's motion noted, Justice Roberts has rightly remarked that the judiciary is "the most transparent branch of government." Indeed, "[w]hat transpires in the court room is public property." Craig v. Harney, 331 U.S. 367, 374 (1947). This is particularly true with oral argument, which has historically been open to the public. Even the Pentagon Papers cases, with their sealed and "top secret" records, had public oral argument.

As the Fifth Circuit noted in denying the request to seal the Tampa Bay Buccaneer's oral argument, "Public confidence in the courts is the issue: How can the public know that courts are deciding cases fairly and impartially if it doesn't know what is being decided?" BP Exploration & Production, Inc. v. Claimant ID 100246928, No. 18-30375 (5th Cir. March 29, 2019) (order on motion to seal courtroom).

The Buccaneers offered three arguments that they claimed overcame this public interest. All were rejected. First, the argument that their financial data was confidential was rejected, because the exhibits were to remain sealed and the actual numbers need not be mentioned in oral argument, since the judges had that information at hand. Second, the team's claim that it would be subject to scandal and be competitively harmed was rejected, because "[c]ases are heard in courtrooms every day addressing matters so much more sensitive than this dispute - workplace harassment, sex crimes, or child abuse to name just a few." And finally, the claim that the team expected privacy because of the confidential claim process that had been approved by the district court was rejected, because such agreements are not binding on courts of appeals, and it is the public's right to access records, which should not be contracted away by private litigants, that must be protected.

So why was the foreign corporation allowed to maintain its secrecy when the Buccaneers were not? The Commission argued that it had both a First Amendment and common-law right of access to the records in the Grand Jury Subpoena case. The protection of either right would require require a compelling government interest that is narrowly tailored to justify a denial of court access. For reasons we will likely never know, the foreign corporation was able to show a compelling interest in both courts.

What can we take from this as appellate practitioners? Even if your documents are sealed, and the trial court has agreed to keep all proceedings sealed, the court of appeals is not sure to follow. You must move to seal and show a compelling interest to do so. It will be an uphill climb. You may also be able to bifurcate the proceedings - in several cases, courts of appeals have agreed to hold part of the oral argument open, and close the doors only for part of the argument that may require discussion of properly-sealed evidence.

Just don't seek to benefit from a public settlement pool and expect to remain anonymous. The most likely result, as the Fifth Circuit ruled, is that "the public will be able to access the courtroom it pays for."