Not all fun, part of the game: Jacobi & Sag on [laughter] at the Supreme Court 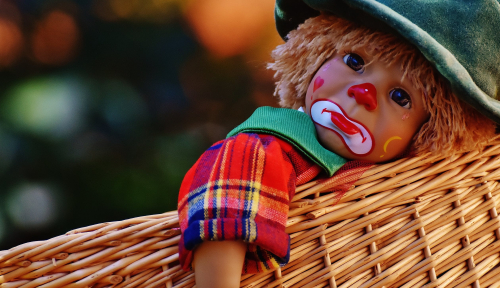 I've blogged here about laughter at the Supreme Court. And I've blogged about the fascinating empirical work of Tonja Jacobi and Matthew Sag. So I'm thrilled that Professors Jacobi and Sag have trained their analytical lens on laughter in oral arguments at the United States Supreme Court.

Their new piece is Taking Laughter Seriously at the Supreme Court, forthcoming in the Vanderbilt Law Review; they summarize it in two recent posts (here and here) on their must-read blog, SCOTUS OA. This is not the first scholarly effort to track laughter at the Supreme Court: Jay Wexler, for funsies, has been cataloging SCOTUS laughter since 2005, and rhetoric researcher Ryan Malphurs has dug into the communicative function of humor at oral argument (pdf). But Professors Jacobi and Sag take the scholarship of laughter at SCOTUS—and, more generally, the scholarship of oral argument—to entirely new, deeply serious places. They leverage a remarkable dataset: a database of every SCOTUS oral argument transcript from the 1955 through 2017 terms. In the 1.7 million speech events by justices and advocates in 6,864 cases, 9,378 triggered a [laughter] notation in the transcript; about two-thirds of the laughter events were prompted by something a justice said. Jacobi and Sag supplement their text-mining quantitative analysis with old-school qualitative analysis: they read and cataloged all 1,061 episodes of justice-induced laughter from 2010 to 2017.

Their conclusion: laughter at SCOTUS isn't much about fun and frivolity; it's mostly about the modern blood sport of judicial advocacy.

The piece builds on and reinforces Jacobi and Sag's prior work about shifts in the dynamics of  SCOTUS oral argument. In an era of sharpening division and partisanship, justices have increasingly used oral argument to advocate rather than inquire. And the justices' use of humor at oral argument is of a piece. Just as justices' use of oral argument time to comment and advocate has increased dramatically in the modern era, so too has the [laughter]. In the 1950s and 60s, laughs were few and far between, and they were prompted nearly as often by advocates as by the justices. This mostly continued into the 1980s. But then, in the late 1980s and again in the mid-1990s, the pace of justice-triggered laughter escalated sharply. And it has stayed high.

There's more: at the same time, the patterns of justice-provoked laughter shifted significantly. Justices tend to draw more laughter during arguments with which they ultimately disagree. Put bluntly, they make jokes at the expense of advocates they oppose. This has mostly been true for most justices since 1955. But the "laughter gap" increased significantly in the mid-1980s and again in the mid-1990s. This too is consistent with the broader trends Jacobi and Sag have identified regarding the rise of judicial advocacy in SCOTUS oral argument. The justices also increasingly use humor as a signal of an advocate's weakness: they direct humor at advocates who are losing. This pattern too deepened in the mid-1980s and again in the mid-1990s. And the justices' use of humor reinforces hierarchy on another dimension: it is directly most often at novice advocates, particularly ones on the losing side. And when one looks at the quips that inspire laughter, the data make sense: a massive share of SCOTUS jokes involve putting advocates in their place. One example, from United States v. Kebodeaux: