Oral Argument: Why I Advise Advocates to Practice Without Notes 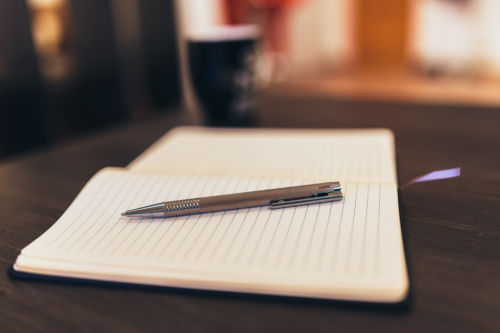 If you're looking to gin up controversy in moot court circles, here's one way: raise the topic of arguing without notes. If the moot-court whisper network and this Reddit thread are to be believed, some faculty coaches insist that their student advocates argue without notes. And, whether coaches insist on it or not, quite a few moot court advocates (including a bunch from my school) compete notes free. Hence the controversy. A lot of folks, like Reddit Person, don't see much genuine benefit to arguing sans notes. Sure, it might intimidate opponents or wow easily-impressed judges. But beyond that? Not much.

I would agree that going notes free probably doesn't offer many benefits in the actual oral argument performance. As the notoriously notes-free Paul Clement explains on page 16 of this article, well-prepared advocates mostly bring notes to the podium. And they mostly don't use them. Of course, as the Supreme Court's Guide to Counsel admonishes, "under no circumstances should you read your argument from a prepared script." But having notes to provide security, especially about key statutory language or sharp bits from the record, and making nondistracting use of them on occasion ... often a good thing, and rarely a bad thing.

But I think going notes-free is incontrovertibly great in one context: practice. Why? Science. As I've argued before on this blog, oral argument is a tremendous tool for learning. And doing it without notes can deepen learning. In a study published a few months ago in Applied Cognitive Psychology, researchers built upon a substantial body of literature showing that teaching material to others enhances the teacher's own learning of the materials. They attempted to figure out why. So they split research subjects—a group of undergraduate students—into four learning groups, all of which were given time to study and prepare to teach a lesson on the Doppler effect. Then two groups actually taught the lesson. One group taught from a script; the second taught without notes. A third group didn't teach, and instead took a free-recall test about the Doppler effect. The forth group—the control—simply did arithmetic problems.

The reason: teaching without notes forced subjects to engage in retrieval practice. The experiment suggests that teachers learn by teaching largely because—and when—they are required to extract, with effort, information from their brains. So it isn't the act of teaching per se that boosts learning, but the act of retrieving the information that does the trick. Hence this result: the no-notes teaching group performed as well on the test as the group that engaged in retrieval practices without teaching. And the scripted teaching group barely outperformed the control group.

As I've said here before: prepared oral advocates learn, deeply, then teach, and learn more deeply for having taught.

Pull the notes, and the learning is richer and deeper.