Would you get an RBG tattoo?

Supreme Court Justice Ruth Bader Ginsberg has become quite the pop icon. She is the subject of a documentary (opening May 4, 2018), and picked up the moniker Notorious RBG. Tumblr memes abound. When she gives talks to various groups, she is given the rock star treatment. She takes this all in humble stride, but even she thinks getting a tattoo of her face might be taking it a little too far.

While flattered by superfans who get tattoos of her face, the 85-year-old has also said she was "a little distressed that people are really doing that."

In an interview she elaborated:

Ginsburg: Because why would you make something that can't be removed on yourself?

I mean, it's one thing to make holes that you can use or not. My granddaughter for awhile was wearing a nose ring. Now she's not anymore. But a tattoo you can't remove.

Carmon: Well, I think it's because they admire you, that's why. This is the second tattoo I'm aware of. The other one has a picture of you. And it says, "Respect the bench."

It is unknown how many RBG tattoos adorn peoples' bodies, but so far the trend is reportedly limited to women, some are lawyers, others are not, but they all still see her as their personal hero.

Amy Wallace, a 34-year-old attorney in Minneapolis, got a Rosie the Riveter-inspired RBG sleeve last year, which had a blink-or-you'll-miss-it cameo in the new film. "Justice Ginsburg is my only personal hero, and as an atheist, my adoration of her is the closest thing I get to personal worship," she told Refinery29. "The secular iconography of Rosie the Riveter mashed up with Justice Ginsburg seemed like a perfect articulation of the way I feel about her." The idea for it came after seeing someone else's tattoo of Our Lady of Guadalupe with a modern, feminist twist (A.K.A. standing inside a vulva instead of surrounded by a religious halo). 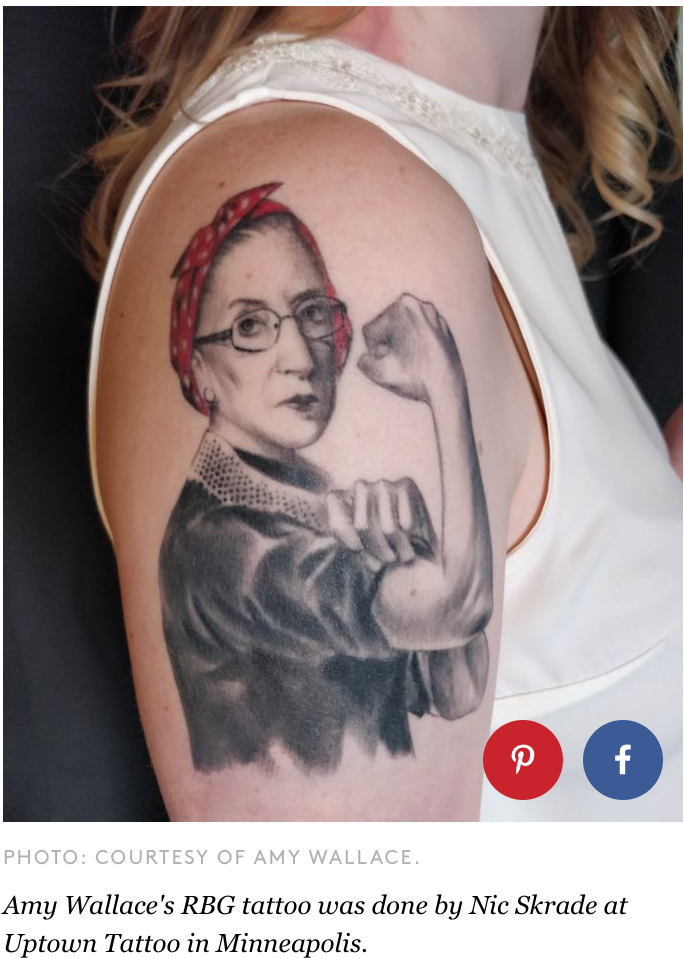 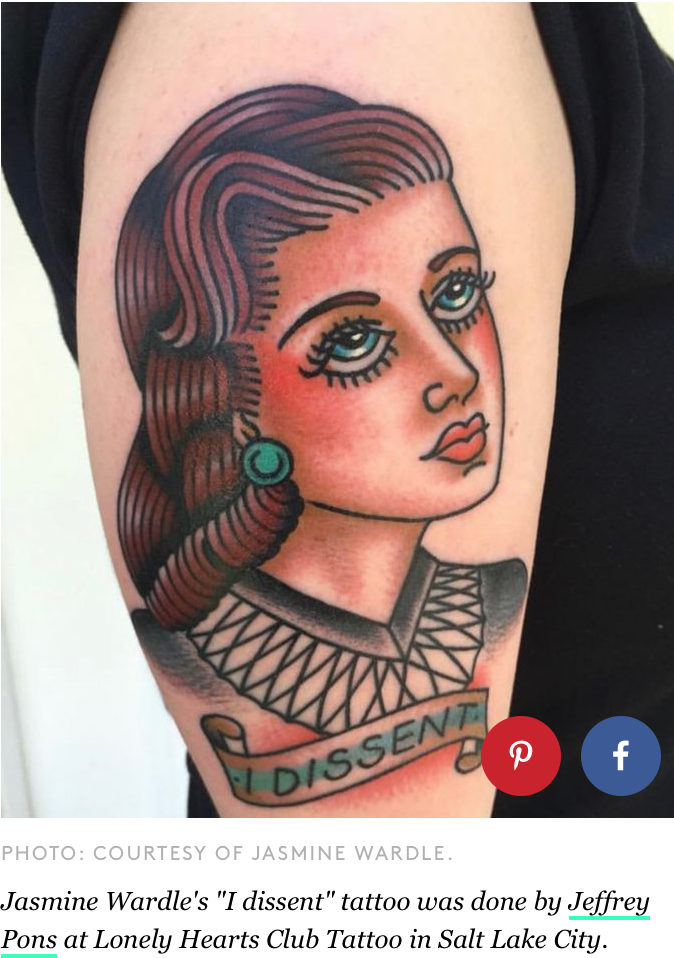 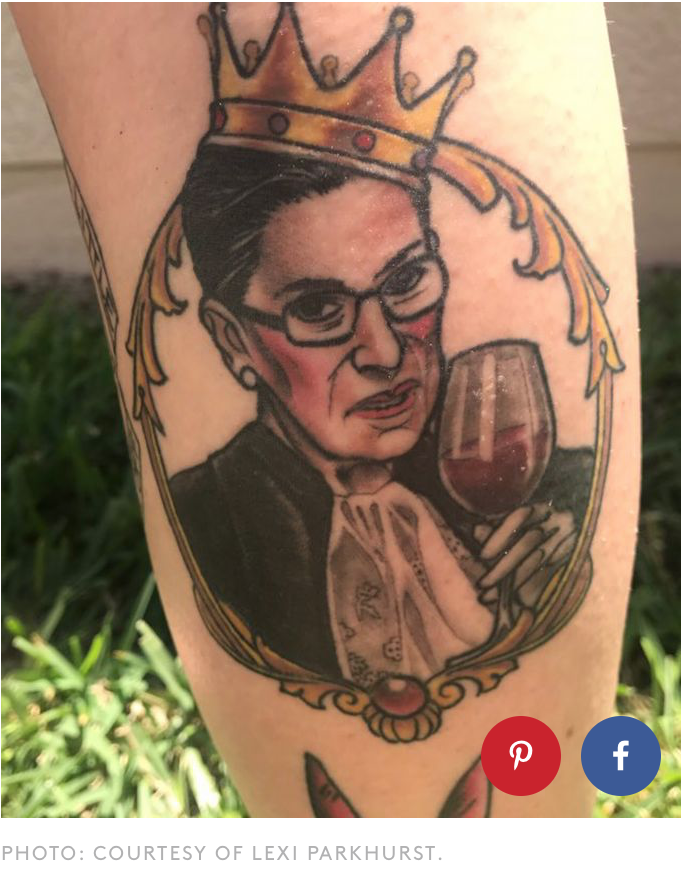 In a free society, there is certainly no stopping these cultural developments. The prevalence of tattoos in only the last decade or so has risen dramatically, and they are no longer solely associated with prison or gang culture. In fact, tattoos are very close to being considered mainstream (ironically making them much less of a rebellious statement than maybe they once were). So it's not the tattoo that bothers me so much, it's the idolization of any one person in our justice system.

Call me old fashioned, but I have a perception of a justice system that is a bit removed from the hype. I want our judges to be and to be perceived as being unbiased arbiters of the law, and to favor no outcome based on how they will be perceived by the public. Judges should do the right thing because it is the right thing to do. I have no fear that this celebrity in any way sways Justice Ginsburg's approach to her duties. Her life's work has proven her dedication to her own moral compass, and from that direction she has not faltered. But I have not seen the same sober and restrained attitude in all judges in many publicized cases. When judges play to the masses, justice can be undermined, so any action that tends to promote the courts in a superficial way sort of wrankles me.

Judges are people too, and it's good for the public to understand we are all human. Those who practice in the legal system are not above the law, and our legal system should exemplify the rule of law in every one of its actions. This promotes predictability and stability in the law and society. While those who take on unpopular but righteous causes should be admired, and even praised for their courage, we need to be careful about exalting them to a height of idolization. It can become dangerous for the perception of the fairness of the legal system. RBG, through her steadfast dedication to her own moral compass, has led the way for more equality under the law and she should be recognized for that in her lifetime. I'm just not sure tattooing her face on your body is the best way to do it - for her or for justice.