Who cares about the law? Legal writing with emotion. 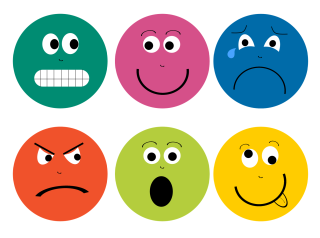 Many of us lawyers love the law. We get lost in the throes of legal research. We can spend hours tracing doctrine from the Magna Carta to present. And we think that judges love the law, too. So our briefs are often chock full of it: brimming with every case, rule, and legal theory that Westlaw spits at us.

Don't get me wrong, the law is great. And judges do care about it. A common complaint is that lawyers neglect the rule sections of their brief, particularly when it comes to the nuances. Lawyers might not take the time to understand the finer points of the authority; they might miss important cases; or maybe they are simply unable to explain complex legal concepts clearly enough for a generalist judge.

But all that said, the latest research leaves no doubt: emotions play a profound role in all decision making--including the most "logical" decisions that lawyers and judges make.

Our emotions have an interesting relationship with legal writing. For example, studies suggest that just by using logic-sounding rhetoric, like a syllogism, a reader is more likely to be convinced--even if the ultimate point is dead wrong. We seem to have an emotional response to the logicy-sounding language, even if the logic turns out to be bogus. Our emotions say: "This point must be worth listening to, it sounds like logic." Researchers suspect that our brains may be hardwired to think in logical patterns, and thus are unduly swayed by logical-sounding framework. So even seemingly logical writing can be at least part emotional.

That our emotions interplay with our decision-making is not all bad news. Because research also suggests that emotional decisions do not necessarily mean bad decisions. In fact, in a recent paper by Susan Bandes and Jessica Salerno, the authors explained that “emotion helps us screen, organize and prioritize the information that bombards us." “It influences what information we find salient, relevant, convincing or memorable.” In other words, our emotions can work as a sort of intuition, feeding us useful information from our past experiences. This emotional processing has spent a lifetime learning from our successes and failures. This is why many experts say that, in some situations, trusting our gut is not such a bad idea.

Not to mention that studies show that some emotions can help us think better. Bandes and Salerno, for example, explain how sadness may actually make us think more carefully and rush to conclusions less. These authors explain that “[t]he current broad-brush attitude toward emotion ought to shift to a more nuanced set of questions designed to determine which emotions, under which circumstances, enhance legal decision-making.”

But what's most important for us is that we know favorable emotions absolutely impact how our readers will view and process our legal writing. As Catherine Cameron and Lance Long explain in their book "The Science Behind the Art of Legal Writing," researchers using brain scans have discovered that when we think through issues, our emotional and feeling centers of our brain are triggered long before we even start accessing our rationale and conscious processing centers. In other words, we apply our emotions to decisions before we apply our lawyerly logic.

Indeed, your reader's ability to even understand your points in the first place may depend in part on their favorable emotional state. Recent research confirms that your reader's mood--which you can no doubt influence through your writing--changes whether and how your reader will turn on their rationale decision-making processes and critically think about your arguments.

And for readers who start a document already disagreeing with you, triggering favorable emotions may be the only way to break through their echo-chamber so that they can meaningfully listen to you. The research shows that we are disturbingly good at ignoring facts and arguments that we don't want to agree with. If we emotionally want to believe something is wrong, our mind can subtly filter contradicting information as we read. The research on this point is overwhelming and pretty scary.

But as important as emotions are to persuading, there is nothing judges or lawyers hate more than legal writing that overtly plays to their emotions. Obvious ploys (like asking a judge to rule for a client because they fell on hard times) will raise the judge's hackles. After all, judges, and all of us lawyers really, like to think that we follow the law, not our hearts.

So what is the take away? While we must avoid overt plays to emotion, we cannot afford to ignore our reader's emotions either. Navigating the emotion minefield will be tricky. The research on which emotions are most helpful is still nascent. But we do know that if we put our readers in a favorable emotional state, this will positively influence how they view our points. We know that readers whose emotions are triggered in the right way will pay better attention to our writing and, perhaps, even change their minds.

I have a few ideas about how to go about that.

One way is to use storytelling in our legal writing: research shows that stories help readers tap into these subconscious intuitions we have about how things work and how things should go. And although narrative takes a lot of practice, you can capture a lot of this style by channeling great storytellers like Stephen King:

Use these story-telling techniques when explaining rules, too. After all, rules have stories just like the parties' facts do, and they can be emotional ones. For example:

Before the 1960s, courts had usually held that employers cannot be liable for an employee's intentional torts. But judges then began seeing cases where employers were using that rule to their advantage in unsavory ways. For example, a company ignored obvious red flags about an employee's mental health, and then that employee went on a shooting spree at work. Courts took notice of cases like that one and created a new rule . . .

Other than writing in a narrative, you can highlight important emotionally-laden facts for your reader in several ways. On the macro level, put your hard-hitting facts in obvious places. Too often lawyers bury their good facts in the "fact" section and leave them there. Will a reader work to dig them up? Maybe. But you should instead place those facts in conspicuous places throughout your brief, starting right in the introduction.

People read introductions and they pay attention to them. Dishing up the right facts at the start can put your reader in the right emotional state for the rest of the brief. Look at how former-judge Posner emotionally charges an introduction in a case about discrimination, inserting some facts about abandoned children and who those children would want as parents:

The argument that the states press hardest in defense of their prohibition of same-sex marriage is that the only reason government encourages marriage is to induce heterosexuals to marry so that there will be fewer “accidental births,” which when they occur outside of marriage often lead to abandonment of the child to the mother (unaided by the father) or to foster care. Overlooked by this argument is that many of those abandoned children are adopted by homosexual couples, and those children would be better off both emotionally and economically if their adoptive parents were married.

On a micro level, you can use vivid words and thoughtful word placement to ensure that your facts are doing enough emotional work. Use the right nouns and verbs. And put those heartstrings facts at the beginning or end of your paragraphs and at the start or ending of sentences--where they will be noticed and punch hardest.

Take two sentences: one which buries the emotion-stirring fact, and one which describes it concretely and emphasizes it at the end. Here is the first one:

The next day, three individuals ended up dead during a shootout and the defendant was arrested for it.

The fact that will really move a reader is the killing of the three people. So use more vivid words and better placement to make sure these facts hit home:

The next day, the defendant was arrested for a shooting in which three bystanders were murdered.

Now, obviously, if you don't want to trigger these sympathetic emotions (maybe you represent the defendant), you just use these tools to trigger different emotions instead:

During the defendant's arrest for the incident, police beat him with batons until his arm snapped.

Another tactic is to weave more overt emotional policies into your legal writing. Start with the law because that is what all us lawyers and judges want to follow. But support those points throughout your document with more moving policies, too. For example:

The Ninth Circuit has already told us the right approach here: dismiss this case and allow the plaintiff to file a new one. And the rule makes sense. Defendants in these sorts of cases are usually small mom and pop companies without any sort of insurer paying for their defense. Requiring them to pay for litigation that will likely be mooted--which will likely put them and their employees out on the street--is not the sensible course.

When including emotional policies (and to some extent, when using all of the above tools), the more you can help your reader relate to the facts and law, the more their emotions will be triggered. That is why the "golden rule" bars lawyers from trying to put jurors in the shoes of a party. Above all, judges and lawyers are humans. And if their subconscious is feeling empathetic, you can be sure that will color how they see your arguments.