Pulling at the judicial heartstrings: emotion-laden language in your legal writing 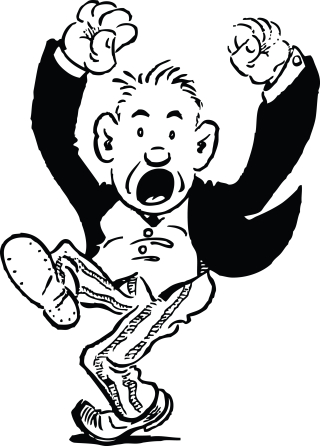 We know that triggering the right emotional response in our readers is a powerful legal writing tool. For better or worse, emotions affect legal decision making.

But how does that square with the longtime advice--given by legal writing gurus ranging from Bryan Garner to the late Justice Scalia--to avoid emotionally-laden language and overt plays to a judge's emotions? This advice is nothing new. It has been around for hundreds of years. Nor is it political. Justice Sotomayor remarked during her confirmation hearing: “Judges can’t rely on what’s in their heart. . . . It’s not the heart that compels conclusions in cases, it’s the law.” Likewise, Justice Scalia advised attorneys not to “make an overt, passionate attempt to play upon the judicial heartstring” because “[i]t can have a nasty backlash.”

Yet many lawyers can't help themselves. You don't have to look very hard to find examples of lawyers using obvious emotional plays in courts across the nation--state and federal, big stakes and little.

Take this gem from a firm that will remain unnamed:

The defendant is nothing more than a weasel. He sniffed around for evidence to fire plaintiff, then when he couldn't find any, slinked away to find another victim. The defendant's deplorable conduct deserves swift and entire justice.

Some lawyers defend this sort of emotionally-charged language as part of our job to "zealously" advocate for our clients.

For one, that is not technically a thing. Over two decades ago, the ABA replaced the duty to "zealously advocate" with the duty to use "reasonable diligence." And this shift was no accident. It came on the heels of a national discussion (that continues today) about the state of professionalism in modern legal practice. As one court explained: “[w]ith alarming frequency, we find that valuable judicial and attorney time is consumed in resolving unnecessary contention and sharp practices between lawyers . . . [and] refereeing abusive litigation tactics.” Dondi Props. Corp. v. Commerce Sav. & Loan Ass’n, 121 F.R.D. 284, 286 (N.D. Tex. 1988).

For another, we now have proof that blustery, emotional lawyering doesn't work. According to a recent and quite fascinating study, empirical evidence shows that emotionally-charged language is more likely to harm than help.

A powerhouse team of researchers set out to test whether emotional language influences a brief's chances of success. The team used complex software to test 1,677 cases decided in the Supreme Court from 1984 to 2007. The software flagged emotionally-charged words like “outrageous,” “apprehensive,” “wonderful,” and “glorious.”

The researchers did an admirable job of attempting to control for a number of factors, including case quality, attorney quality, oral arguments, and the court's ideological preferences. After all of this was taken out of the equation, the results were clear: the more overt emotional language in a brief, the less likely that brief was to convince a justice.

I assumed that, like most empirical studies on writing quality, various hard-to-control-for factors would would mean that the results of the data would be nominal. But quite the opposite. For petitioners, the impact was about 10% to the negative--using this language reduced your chances of success by about 1 in 10. For respondents, the difference was even bigger--coming in at a whopping 16% negative effect.

Given the lengths lawyers go to in trying to eek out just a slight increase in their chances of success--take, for example, the amount spent on jury consulting these days--this research should make any lawyer think twice before loading up their documents with heart-wrenching language.

The authors surmise (and I tend to agree), that the harms are caused by attorneys simply losing credibility with their audience. Judges and lawyers want to view themselves as followers of the law. The more you come off as trying to ply a judge with emotion instead of logic, the less the judge will respect what you have to say.

The easiest way to avoid a blatantly and patent emotional tone? Simply cut down on your use of lazy descriptors. Often we insert adverbs and adjectives into our sentences in an attempt to manhandle our reader into feeling a certain way about a fact or argument. For example:

This was a heinous and viscous attack that caused severe and permanent injuries to plaintiff.

Instead, use choice details and clean prose to focus your reader's attention where the emotional response will build naturally:

The defendant used an aluminum baseball bat to beat plaintiff until his knee caved in.

Another move to reduce obnoxious emotional language and increase your credibility: avoid any sort of name calling and petty characterizations--whether it be about parties, attorneys, or anyone else. State the facts about what a party or attorney has done. But as soon as you start characterizing or name calling, your credibility disappears. You implicate yourself in the drama.

For example, Bryan Garner shares this sample in a recent article:

Seeking once again to dupe this Court and to waste the time and money of OpusTV, thereby meriting the imposition of pretrial sanctions by this Honorable Court, Rembrandt has submitted woefully deficient infringement contentions to OpusTV. Rembrandt’s current violations, outrageous as they are, follow closely on the heels of its previous violations of the Joint Discovery Plan.

Garner is spot on in his followup comments "You’re asking the judge to become empathetically aligned with your position, to walk with you. If you’re excoriating the other side with emotional billingsgate (yes, I’m afraid I used that word), you’re making it hard for the judge to adopt your position."

Exactly (and who doesn't love cool words like "billingsgate"). I recently asked Judge Jennifer Dorsey about this same issue, and she and Garner are on the same page:

Let the judge judge; don't you do it. A lawyer should paint the picture with true, hard facts describing conduct that will lead the judge to do what the judge does—pass judgment. Don't usurp the judge's function by jumping to the conclusion for her.

Even if your anger is justified because an attorney or party is truly a bad actor, by allowing emotion to bleed into your writing, you may make yourself just as unlikable. If that happens, the judge will do anything she can to not join with your position. Pretty much worst case scenario.

A less obvious tip is to carefully craft your document and case themes to have an emotional flavor, but also a concrete grounding in the law. If your theme stems entirely from emotion, it may backfire on you. So perhaps instead of a theme painting a plaintiff as a "bad actor," you opt for a theme about how acts like the plaintiff carried out are precisely what Congress meant to regulate in passing the relevant statute.

Next, try to remove yourself from the equation as much as possible. There is rarely a reason to write in the first person--or to make a point based on your "belief" or "position." Make your arguments all about what the facts say or what the authority says.

"Our position is that this discovery is too burdensome to be permitted."

"This discovery will burden defendant with an estimated $2 million in costs, which is not warranted under the Federal Rules for X and Y reasons."

In sum: emotions are part of the legal writing craft, but obvious emotional ploys will not help you or your client. You must be subtle, reasonable, and maintain your credibility. And emotionally-charged language gets you none of that.