Presidents’ Weekend is upon us. Ten score and nine years ago, one of our most eloquent American writers was born. Per Professor Julie Oseid, it’s hard to pin down President Lincoln’s prowess to just one attribute. He was adept at many skills, “including alliteration, rhyme, contrast, balance, and metaphor.” (From her new book, Communicators-in-Chief) In her chapter on Lincoln, however, Oseid focuses on his ability to express a great deal in an economy of words. He developed that style during his 25 years as a trial attorney riding circuit. Collecting his legal writing became a quest for historians, and as a result Lincoln is now the most documented lawyer that we may ever have. You can see some of the work of The Lincoln Legal Papers project online. Oseid summarizes Lincoln’s strategy as not to waste arguments or words, but to use “just the necessary number of those words for essential matters.”

So many of our presidents are known for their rhetorical style that Oseid is able to build a body of work about the takeaways that we, as legal writers, can learn from our bygone leaders. Essays have appeared in Volumes 6, 7, 8, 9, and 10 of Legal Communication & Rhetoric: JALWD. Her new book brings together the rhetorical lessons from these five presidents and does so in a way that is very readable in the gestalt. 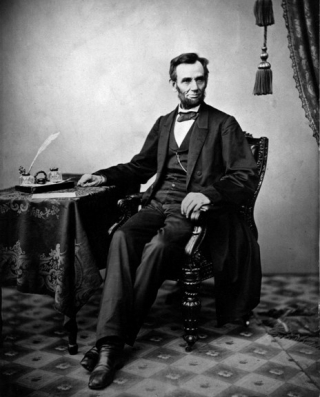 Lincoln worked hard for his brevity, pondering and editing mercilessly. He was driven by a need for universal comprehension—something every trial lawyer learns to do. His famous second inaugural address was delivered in six minutes. In 701 words he developed a timeless message of reconciliation—and 505 of the words he used were only one syllable long. His notes of his speech showed emphasis on five words, all verbs.

I asked Professor Oseid, and she agreed that Lincoln would have used Twitter masterfully and eloquently. It is interesting to pause for a few minutes and wonder how he would have used the medium. From what we know of his other writings, I strongly believe that he would have lifted it up, and us up in the process. Lincoln keenly understood that intelligent and powerful communications do not depend on vocabulary, but on conveying a theme with precision and organization.

As I celebrate my favorite presidents this weekend, I will be thinking about those legal writing lessons I can learn from them.