The Power of the Particular 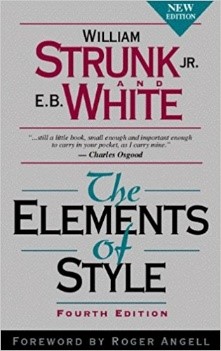 I am pleased to welcome Professor Patrick Barry of the University of Michigan Law School to our blog for this guest post. Patrick and I clerked together, and he is one of the finest writers and teachers I know. We are excited to have him as a guest this week.

"If those who have studied the art of writing are in accord on any one point, it is this: the surest way to arouse and hold the reader’s attention is by being specific, definite, and concrete. The greatest writers — Homer, Dante, Shakespeare — are effective largely because they deal in particulars and report the details that matter. Their words call up pictures."

Details matter. Pick the right ones, and you can influence all kinds of decision-makers. Justice Sonia Sotomayor realized this when she was still a prosecutor in New York City back in the late 1970s and early 1980s. When crafting questions to ask witnesses at trial, she made sure to include ones that would, as she explains in her autobiography My Beloved World, “elicit details with powerful sensory associations — the colors, the sounds, the smells that lodge an image in the mind and put the listener in the burning house.”

She treated courtroom storytelling the same way. “Before you can engage the jurors’ empathy,” she writes, “put them in the shoes of the accused or victim, make them feel the cold blade against their necks, or the pang of unappreciated devotion that might drive someone to steal from a former employer.”

“It is the particulars,” she insists, “that make a story real.”

Mary Karr offers similar advice in The Art of Memoir, a book based on a creative writing class she teaches at Syracuse University. “A great detail,” in her view, “feels particular in a way that argues for its truth.” This may be why expert storytellers, legal and otherwise, seek out specific images and examples when trying to communicate their ideas. Lisa Blatt, who has argued over 30 cases in the Supreme Court, made strategic use of the following set of details in her winning brief in Adoptive Couple v. Baby Girl, a custody battle that garnered national attention in 2013 and eventually led to Blatt’s clients being reunited with the four-year-old daughter they had adopted at birth. The quoted material is from Blatt’s opening brief.

Are any of these details legally relevant? Probably not — at least in the strictest definition of that term. The Indian Child Welfare Act, which was the governing statute in the case, says nothing about development psychology or therapy sessions or being “in the delivery room.” Nor does any line of applicable precedent.

But that doesn’t mean the details Blatt includes are not relevant in other ways. One thing they do quite well is communicate that the adoptive couple is deeply committed to becoming parents, a key factor in any custody case, regardless of the statute and precedent involved. Nobody who endures “seven unsuccessful attempts at in vitro fertilization” is still on the fence about raising a child.

Finally, the details reveal that the birth mother trusts the adoptive couple so completely that she invited them to be “in the delivery room during the delivery.” The adoptive father was even the one who “cut the umbilical cord.”

Justice Samuel Alito, who authored the majority opinion in the case, put special emphasis on this last detail when ruling for Blatt’s clients. “Adoptive Couple was present at Baby Girl’s birth in Oklahoma on September 15, 2009,” he wrote, “and Adoptive Father even cut the umbilical cord.” When that happens, when justices or judges pick up, indeed highlight, a compelling detail from your brief, good things usually follow. Your words, your framing, are now planted in their minds.

Indeed, a legal brief is nothing without convincing, evocative details. Nor is a business plan, project proposal, or cover letter. Good lawyers know that if you want to persuade someone to take a certain action or adopt a specific viewpoint, you better have something vivid and concrete to get their attention.

The writer John Updike summed up this point well when he explained, back in 1985, his criteria for selecting that year’s best short stories written by American authors. “I want —perhaps we all want—facts . . . I can picture.”

For more on the power of the particular, check out these short videos from a writing workshop I gave to law students at the University of Michigan.

The Power of the Particular: Facts vs. Truths

Patrick Barry teaches at the University of Michigan Law School. He is the author of the forthcoming book Good with Words: Writing and Speaking and the curator of Good Sentences, a digital library premised on the idea that to write good sentences, you need to read good sentences.