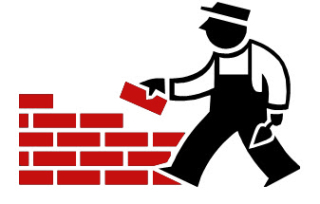 We have it constantly bashed into our heads that as legal writers we should “be concise.” Thanks for that. But how do you write concisely? On that point things become fuzzy. “Omit needless words,” followers of Strunk and White might tell you. Particular to us legal writers, we might hear “cut the legalese.”

“Take out clutter phrases,” is another common one. This last nugget is good advice: train yourself to look for common clutter words or phrases (like “of” and “it is”) and you can make some headway on the conciseness front.

But none of this advice will make you a concise writer. Your writing might improve so that it no longer resembles a glob of word vomit. But razor-sharp prose requires more fundamental skills. Do you think that the following sentence was written by simply “omitting needless words”:

“It was a fine cry—loud and long—but had no bottom and it had no top, just circles and circles of sorrow.” —Toni Morrison.

The answer is “no.” So how do great writers do it? They learn how to build sentences, word by word, letter by letter. They don’t rely on ready-made sentences delivered to them by a lifetime of language osmosis. They learn how to strip a sentence to its pieces, rework the mortar, saw out some here, weld some supports there—to build a sentence that is their own.

In short: You can buy sentences off the shelf and repackage them for your reader—or you can learn the art of sentence-crafting for yourself. We lawyers should be building, not buying.

Much like any craft, becoming a sentence-builder will be a lifelong pursuit. You need a host of tools on your belt, lots of practice, lots of patience. But it all starts with the foundation: the ideas you need to convey to your reader. With these ideas in hand, you are ready to tear apart your sentences and build them with purpose.

We call this practice of building sentences idea by idea “content-word” editing. It goes like this.

What you will find is that a lifetime of absorbing clunky writing has made you a poor judge of what really matters in your sentences. Forcing yourself to distill your sentences down to several words—then rewriting from the foundation up—will allow you to skip past the fluff.

Let’s see some content-word editing in action. Take this real-life sentence from a brief:

“The Uniform Trade Secrets Act, inter alia, generally provides a definition of trade secret as follows: any piece or collection or grouping of information or documents has intrinsic value such that it derives value from not being known to competitors.”

Sadly, lawyers write bloated prose like this all the time. And it’s not all our fault. We are just regurgitating the sentences we’ve seen since our first day of law school.

But it’s never too late to break those bad habits. Let’s start by underling the words that really matter here. You will need to use some judgement—and what counts as a “content word” will also depend on your other sentences and context. So if your reader already knows this case is brought under the Uniform Trade Secrets Act, that idea isn’t too important. But if you hadn’t yet told your reader that, maybe it’s important enough to underline:

“The Uniform Trade Secrets Act, inter alia, generally provides a definition of trade secret as follows: any piece or collection or grouping of information or documents has intrinsic value such that it derives value from not being known.”

Those underlined words are probably all that matters here. The idea the author is trying to convey is “what is a trade secret?” So we underline the key words that convey that content.

With these key words in hand, we now have a shot at some conciseness. We can rewrite the sentence to convey only our key words and ideas, with as little distraction as possible. As a reminder, our key words here are “trade secret,” “information,” “value from,” and “not [being] known.”

“A trade secret is information made valuable by its secrecy.”

“Information that derives value from its secrecy is a trade secret.”

So even with the most basic set of writing tools—once you’ve reduced your sentence to a manageable few words—the options for rewriting it become obvious.

Look at some good writing and usually you can tell that the author has already used some kind of content-word editing. Take a sentence Justice Kagan penned:

“Notorious killers, such as Jeffrey Dahmer, Ted Bundy, and David Berkowitz[], all committed acts of violence against animals before moving on to human victims.”

We probably can’t do much better (Justice Kagan, after all, is one of the best legal writers on any court). But let’s try:

“Notorious killers, such as Jeffrey Dahmer, Ted Bundy, and David Berkowitz[], all committed acts of violence against animals before moving on to human victims.”

These underlined words hold the important content. Let’s try using these to rebuild:

“Notorious killers often abuse animals before moving on to humans.”

Notice we replace the phrase “acts of violence against” with a shorter verb, “abuse”—replacing your key words with new ones is another tool you can use with content-word editing.

If we wanted the examples of famous killers (which is probably important enough to include):

Now let’s take a sentence from another one of the top judges in the nation, Judge Jennifer Dorsey, a U.S. District Court Judge:

Streamlined and lean, to say the least. There’s not much to rebuild here. We could, of course, replace some words (and perhaps cut a little). Maybe your reader doesn’t need to know the year, or maybe the name of the restaurant doesn’t matter so much:

Content-word editing is the first step to sentence-crafting. Practice. A lot. With this tool in your belt, you can start adding dozens (or hundreds) of other tools—each will help you better convey your points.

But it all starts with content-word editing. Because if you don’t know what ideas you want to sell, all the style in the world can’t help you.