This week the Senate held confirmation hearings on two nominees to the U.S. Court of Appeals for the Fifth Circuit, Justice Don Willett, a judge on the Texas Supreme Court, and James Ho, a private attorney. Ho fielded few questions compared to Willett's questioning, most likely due to Willett's more high profile media presence - he is known as the Tweeter Laureate of Texas. While Willett exhibits a lighthearted style and does not specifically make political tweets in his twitter feed, his social media presence does raise questions of how the public should view the judiciary. There are several pros and cons to the issue of judges having a social media presence, likely with the general public and the lawyer community having some different ideas. 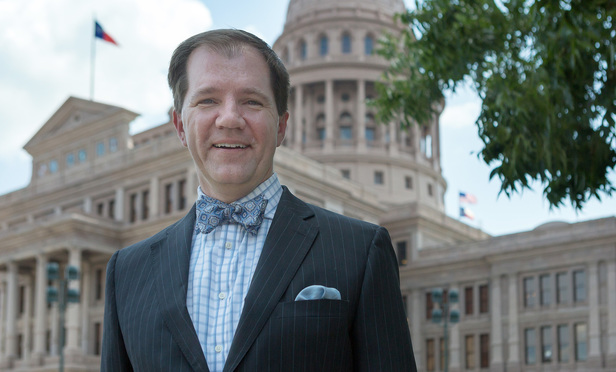 The benefits to judges having a social media presence is certainly to make the judicial system less mysterious and to promote civic awareness of how government works. It would make the system less intimidating, since people would be able to see that judges are human. It would allow lawyers to get a feel for the personality of a judge before whom they may appear or to whom they may submit a brief. Understanding your audience as a lawyer is an important skill to persuading your listener.

On the other hand, judges having a social media presence may undermine the respect we want people to have for the judicial system. Judges inhabit power positions, and if they are seen as mixing it up on Twitter or other social platforms, it could bring disrespect to the judiciary and reflect on all judges. Perhaps some of the mystery of the courts is necessary to maintain the dignity of the courts. If judges stray from nonpolitical discourse, this could also be quite damaging to the fair and impartial image we expect from the judiciary.

It's not just Justice Willett, many judges are on social media (and now even courts!), so reversing this trend is unlikely. (Tessa wrote here about getting Justice Willett back on Twitter since he went on hiatus once his nomination was released - he got his own hashtag #FreeWillet). But Justice Willett does provide some guidelines for how to approach social media as a judge. In an interview last year with Texas Lawyer he said this:

Texas Lawyer: As the unofficial “Tweeter Laureate of Texas,” you’ve become one of the most public members of the state judiciary. At 22,500 tweets and counting, the world knows a lot about your sense of humor, family life, sports team allegiances and political leanings. You’ve provided a rare look into the life of a judge. But by revealing so much about yourself, do you think you’ve compromised a judge’s mandate to appear neutral in all matters that may come before the court?

Justice Don Willett: A 2013 ethics opinion from the American Bar Association gives judges a thumbs-up to engage voters via social media, calling it “a valuable tool for public outreach,” but urging caution, as with anything, judges must always be judicious, whether crafting a 140-footnote opinion or a 140-character tweet. I diligently self-censor and aim for carefulness. A few cardinal rules: No discussing cases that could appear before me, and no partisan bomb-throwing. I try to keep things witty and light, regaling people with my random musings on sports, culture, parenthood, law, stuff like that. Judges on social media must be juris-prudent, always honoring our distinctive constitutional role. I take my job seriously, if not myself. The law is a majestic thing, and when citizens confer the title “Justice” on someone, they place in human hands that profound majesty.

In his confirmation hearings this week, Willett was asked whether he would give up tweeting should he be confirmed. He acknowledged that his wife would like him to stop, but that he would take it under advisement.

“The short answer is, I don’t know if I’ll continue tweeting,” Willett said. “I haven’t thought a lot about it, but if I do, certainly the frequency and the content would change.”

Willett said if he did tweet as a Fifth Circuit judge, he would focus on “civic education” and improving “our collective national civics IQ.”

Later, Sen. John Kennedy, R-Louisiana, asked the same question, and Willett gave a similar answer. But Kennedy expressed concern and asked that Willett consider not tweeting if confirmed. Willett promised the senator that if he did tweet, he would “post nothing that could be remotely construed as political.”

“Don’t you think the wiser course would be to just not do it?” Kennedy said. Willett said his wife agreed, and that he would think about it and get back to the senator.

It is not known when Justice Willett's nomination will be voted on, but it will be interesting to watch his reaction on Twitter!