In a recently released Maryland Law Review article entitled Do Muddy Waters Shift Burdens?, Professors Carrie Sperling and Kimberly Holst walk readers through the history of what was supposed to be one of the country’s most progressive laws allowing post-conviction DNA testing for inmates whose cases did not originally involved that type of evidence. Article 64.03 in the Texas Code of Criminal Procedure created a uniform process for inmates to petition courts for testing, asking inmates to show, “a reasonable probability that he or she would not have been prosecuted or convicted if DNA testing had provided exculpatory results.”Criminal attorneys will recognize the “reasonable probability” test as a well-established standard that courts interpret as a probability that sufficiently undermines confidence in the case’s result.

Nevertheless, Texas courts have latched onto a metaphor introduced by the Texas Court of Criminal appeals a few years after the statute was enacted. That court first found ambiguity in the standard despite its years of interpretation in other contexts. Instead, that court held, the standard must be interpreted to require inmates to show, with reasonable probability, that the DNA testing would prove a convicted person’s innocence. The defendant in the case did not meet that burden, but showed only that DNA testing would “merely muddy the waters.” Despite the Texas Legislature returning to the statute to clarify its intent, Professors Sperling and Holst found that courts continue to use the metaphor as a statement of the governing rule of law. 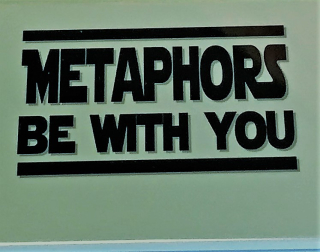 Doctrinal metaphors abound in our case precedents. The most famous are found in evidentiary analysis, “fruit of the poisonous tree,” and in civil procedure, “long-arm” statutes. Many doctrinal metaphors are extremely useful in helping frame our thinking about more abstract principles. But, in the situation spotlighted by these two professors, a doctrinal metaphor might be harmful or even a misstatement of the law. What should a lawyer do in that situation?

The answer lies in part in a separate article, this one published by the Mercer Law Review and republished in a monograph, written by Professor Michael Smith, Levels of Metaphor in Persuasive Writing. In that article, Professor Smith advises attorneys to challenge the metaphor directly, a strategy he calls the Cardozo Attack. Justice (then Judge) Cardozo warned other jurists that creative metaphors involved with corporate law, “piercing the corporate veil,”  should be used only very carefully and not to the exclusion of more accurate, albeit literal, language. Professor Smith’s article details two examples of successful attacks on doctrinal metaphors.

Both articles spend some time explaining the cognition of metaphor use, which is reason enough to read these two pieces. Beyond that, the articles offer an important lesson for appellate attorneys. First, we must be aware of the notion that metaphoric language is just that: a comparison of two seemingly incongruent things to help readers form connections. By themselves, doctrinal metaphors do not necessarily form the backbone of substantive law. Second, we should spend time in our lawyering process unpacking these metaphors in the event that they conflict with the actual and governing tests. In the event they do, it is incumbent upon us, as part of our client representation, to address the metaphor itself as part of a persuasive argument chain.