What is the narrative climax in the Little Red Riding Hood fable? When the wolf eats Little Red. But what is the visual impact moment? The image you think about when you recall the story? That’s 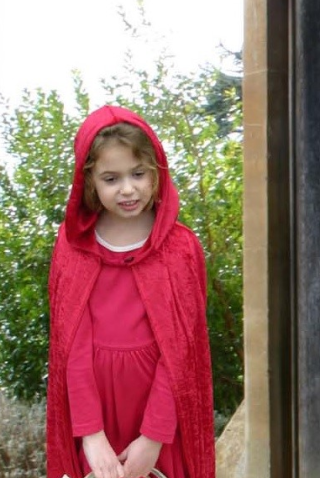 probably different. It’s either an image of a little girl in a red cape, walking through the woods or it’s the moment when Little Red first sees the wolf in Granny’s bed, wearing Granny’s nightclothes. The visual impact moment can be different from the story’s climax.

Jason Eyster writes about visual impact moments in one of my all-time favorite articles in the Applied Legal Storytelling canon. His article, The Lawyer as Artist, in Vol. 14 of the Journal of Legal Writing, explores the use of scene and setting as a persuasive tool for legal writers. This article is creative, and always fresh. It is one that I re-read and think about at least once or twice a year. The idea of the setting isn’t often discussed in the persuasion literature, but, as Eyster argues, can create lingering impressions. The legal writer who takes time during a description to linger on choice details will make the scene “pop” for the reader those visual images will provoke a natural, emotional response. The visual impact scene need not be the climax, but should connect to the case theme. If you can connect it to the theory of the case, all the better.

So, how do you do it? Eyster offers one idea: the obtuse object. That is something unexpected or incongruous with a scene that draws in the reader through a natural curiosity. In one of his examples, an asylum case, the legal writer zeroes in the description of his client, sitting in her former home and eating a pomegranate just before hearing a sinister knock on her door—one that results in her being dragged away by militia in her country. The simple mention of the pomegranate serves to draw the reader into the scene. It evokes the famous Persephone myth of a young woman dragged into hell while her mother tries to have her released. The scene is made all the more emotional for its layers of meaning.

Think about the scene in your client’s case that you hope the judicial panel will likewise remember when they put down the brief. Is it the scene you want? If it’s the same scene your opponent might choose, think of another one. If it is the scene you want, have you chosen some memorable detail to describe—an action, an object, a character, or the setting itself. Describe it with a name, sensory information, its function, its history, or a metaphor. Things like this put joy and art into the job of legal writing.