Thinking Thursdays: The downsides of maintaining a citation fetish 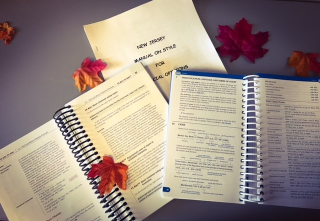 With the return of autumn and the Supreme Court to session, appellate tweets and listservs turn to . . . did I really see a conversation about citation? Why do attorneys give so much credibility to a book developed and maintained by student law review editors who in the 16th edition accidentally tried to change the substance of precedential value by announcing that every citation needed a signal? (See this article by Dean Darby Dickerson for a discussion about that weird story).

Professor Susie Salmon wants you to know that “perfect citation” isn’t really a beautiful unicorn, and that questing for it has expensive downsides. Her article, Shedding the Uniform: Beyond a Uniform System of Citation to a More Efficient Fit, published last year in the Marquette Law Review, looks at the history of the citation fetish (her turn of phrase, not mine!), the rise of the Bluebook dominance, and the lack of uniformity that actually exists in the legal world. She adroitly observes that teaching and living by “perfect Bluebooking” leads to frivolous classroom and billable hours that would be better spent on richer analysis and representation. Instead, she argues, rationality should prevail. Citation, as she reminds us, exists for three purposes: a finding tool for cited authority, a signal about the weight and vintage of the authority, and credit for the author of the authority. These goals can be met with any system that provides these things with accuracy, brevity, and clarity.

Professor Salmon’s article takes us on an interesting historical tour of citation, beginning with the Roman Justinian texts, through Middle English books, to that fateful 1926 summer, when a clever Harvard 2L first wrote a handbook for his fellow law review classmates and eventually for elite-school law review editors who signed on. The story turns darker in the country’s bicentennial year when the Bluebook editors openly determined to dominate legal citation form. In 1981, the editors finally agreed to acknowledge a difference between law reviews and practitioner documents, but did very little to develop that part of the book until faced with competition by the University of Chicago’s Maroonbook and a challenge by practitioners and law professor themselves—the ALWD Citation Manual/Guide.

And, the fetish of uniformity is expensive. Law professors who choose to spend hours on citation teaching and assessing are taking away from time they could spend teaching more client-centered advocacy skills. Practicing attorneys who devote hours to perfecting citation are costing their clients hundreds or thousands of dollars that might not be justifiable. And, relying on the traditional notions of citation also increase the monopoly that West holds on legal materials, to the detriment of an open-access system of legal information.

Ultimately, Professor Salmon raises excellent points. Uniform citation does not exist. Those very smart law review students who knew the Bluebook backwards and forwards while they were 2L and 3L students very well may be referring to wrong parts of the book when citing inside practitioner documents. And, they might be using a superseded Bluebook, that is, an out-of-date model. There are twenty editions, after all, each with changes. Finally, the existence of local rules in many jurisdictions pose other problems, particularly when the local rules are not widely known or widely available, and have their own internal quirks. Things aren’t likely to get better, because the Bluebook’s continued existence depends on the planned obsolescence of earlier editions. Instead, Professor Salmon recommends what others before her have suggested: public domain citation, development of better apps and programs to check citation form, and flexibility to allow that many formats will satisfy the principles underlying a good citation system.