Is Appellate Oral Argument on the Way Out?

A recent study conducted by the American Academy of Appellate Lawyers showed that the percentage of cases that are argued before a judicial panel are declining to a concerning degree.

Federal Rule of Civil Procedure 34(b) begins with "oral argument must be allowed in every case," subject to certain exceptions. But the task force's statistics showed that oral argument in many circuits instead are either not being allowed or are otherwise not being scheduled. The overall average percentages of oral arguments in the circuit courts, excluding the Federal Circuit, ranged from the mid-teens (Third, Fourth, Sixth and Eleventh) to the low 30s (First, Second and Tenth) and to 45 percent (Seventh) and 55 percent (D.C. Circuit). The lowest was the Fourth Circuit, which heard oral argument in only 11 percent of its cases. 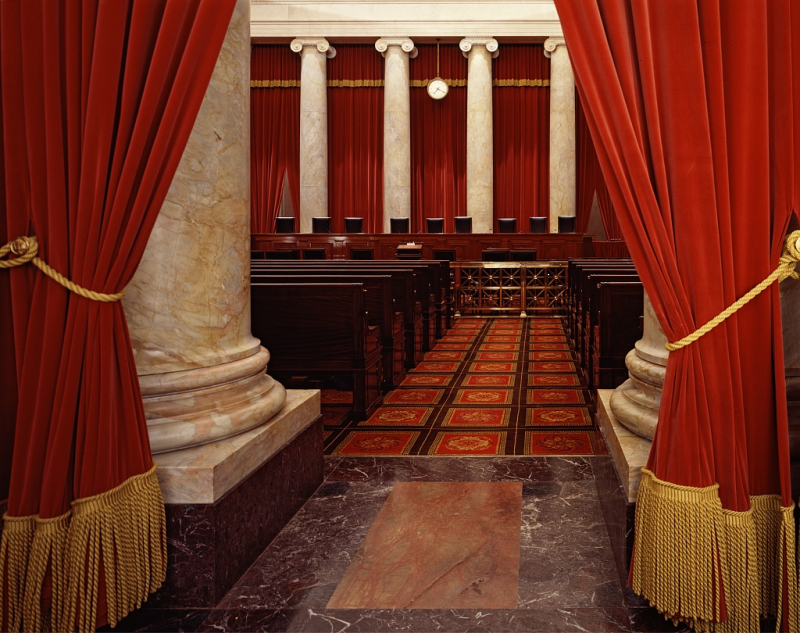 The Academy says that this decline in oral argument is detrimental to the American legal system. "Oral argument is a very unique piece of the civics lesson and one that I personally believe puts the courts in a very good light and is its own almost best explanation of what the third branch does and is all about," said James Martin, a partner at Reed Smith, and member of the Academy. Martin led the task force that studied the issue, and they found that lack of effectiveness of the arguments and efficiency of the system had led courts to reduce the number of oral arguments, as well as the time allotted for them. In essence, conducting oral arguments takes time and money, and the courts are beginning to feel as if they are a waste of both.

The task force offered recommendations for the courts to consider, such as: establish pro bono or other programs to provide opportunities for argument in pro se cases; issue focus letters before argument, giving the lawyers advance notice of the issues of most concern to the court; make greater use of technology to enhance outreach and account for geographic challenges; and establish training programs for advocates.

The most frequently cases heard are bankruptcies and civil matters involving the United States. Very few pro se cases are ever argued - which could be some of the most important issues a court may hear. Unfortunately the skill and knowledge needed may not be present in those cases, and are likely not cases the courts look forward to hearing because of possible ineffectiveness of the advocacy.

But the value of the oral argument should not be minimized. When done right, it can be a very effective tool for the litigants, and as Martin stated, oral argument allows the public to better understand the judicial system. With the legal profession shrouded in complex regulations and laws, Latin-named concepts like stare decisis, and sometimes unexplainable jury verdicts, it is important for lawyers and judges to insure the public has an understanding of what happens behind the courthouse doors.

Oral argument, Martin said, is the only time the parties and the court are joined in the decision-making process. "The rest of the time it's behind the curtain," he said. "There's a real value in showing the investment that’s been made in the case when you have to provide explanations to clients and the public about how the system is working."

The criticisms of oral arguments made by the courts do have some justification. It is not unusual for an oral advocate to present a case in a manner that is ho-hum, if not downright dreadful. Frequently we see student advocates that perform much better than practiced attorneys. But this goes to show that oral advocacy is a skill to practiced, not set aside as an afterthought. This is simply part of law practice, and while lawyers rightfully spend mountains of time on their written products, factoring in time to practice an oral presentation is also a necessity. To address this deficiency, the Academy has recently partnered with the American College of Trial Lawyers to produce a nationwide program using video training for appellate advocacy.

What are your thoughts? Is appellate oral advocacy worth keeping as part of a staple of our judicial process, or is it a long lost skill that need not be resurrected?

I think that the oral advocacy component is absolutely crucial to the judicial process. This allows the Court an opportunity to inquire about specific issues of concern within the case at bar. The written component while important may have gaps within the briefs. Thus, the Court relies on the opportunity to dig deeper through questioning the advocates.

Thanks for your comment Bill! I come down on the side of keeping oral argument too. I hope it does not get lost to history!