In yesterday's oral arguments to the Supreme Court in Gill v. Whitford, the closely watched partisan gerrymandering case, Justice Breyer uncorked a doozy of a question. As he winds up, he promises to take "exactly 30 seconds." Then he, like, does not.

The question spans three pages and 57 lines in the transcript. According to Josh Blackman, who tracks the length and volume of Justice Breyer's questions so you don't have to, this appears to have shattered the justice's previous record, which I naively thought was the Article III equivalent of Joe Dimaggio's hitting streak. 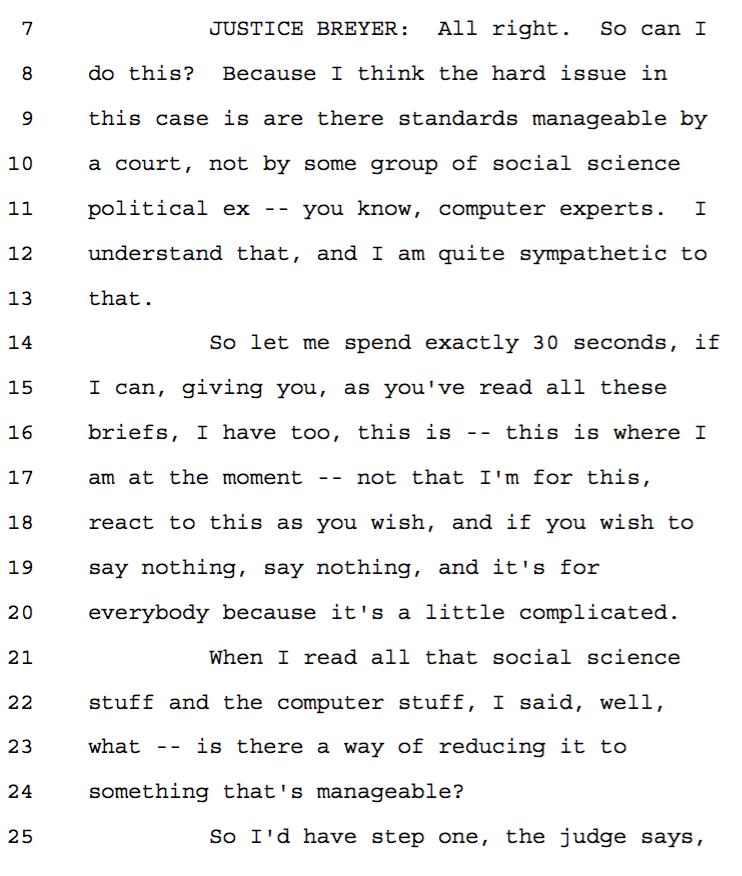 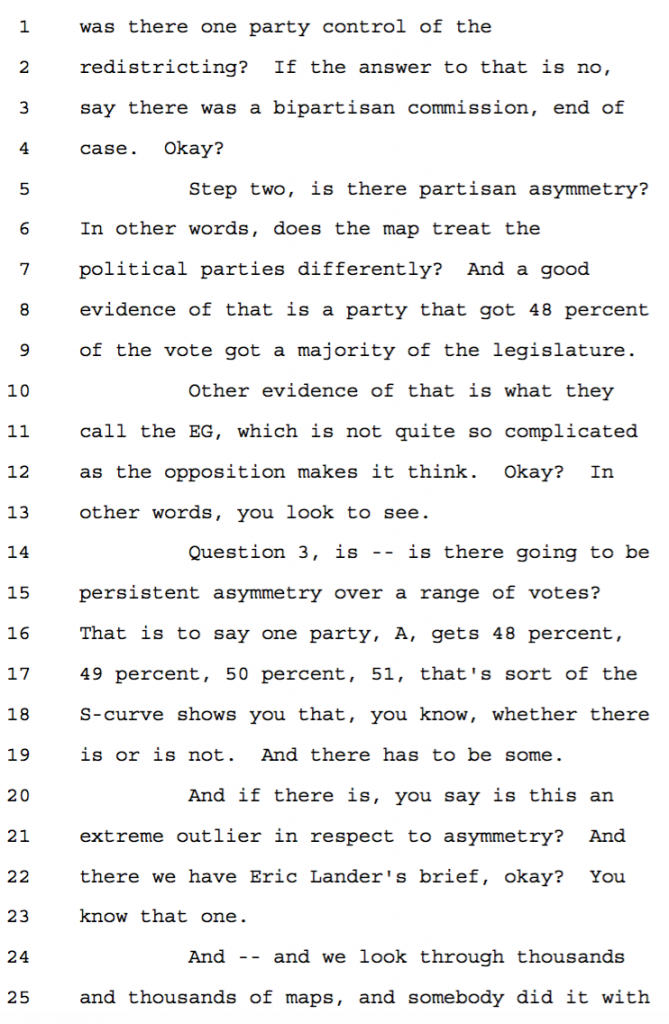 Like a lot of Breyer's long questions, this one had a pretty simple, IRAC-y structure and goal. First, he identifies a sticking point around which the Court would have to work to rule for one party or the other. Here, that's whether there are judicially manageable standards for evaluating claims of that partisan redistricting violates the Constitution. Second, he spins out his ideas about a solution (or, in other cases, his ideas about why the sticking point means the Court might be stuck). Here, that's his multi-step control > asymmetry > persistence > outlier > justification approach. And third, he asks the question. It's usually a 50+ word version of "so what do you think?"

I was impressed with the choices made by Wisconsin Solicitor General Misha Tseytlin -- an outstanding advocate -- in his answer. The question marked a shift in the direction of the argument from a conversation about one potential justiciability obstacle (standing) to another (political question). After the inevitable (laughter) that accompanies almost every Breyer mega-question, Tseytlin signaled, quite succinctly, to which of Justice Breyer's cues he would respond and how he had already touched on another earlier in the argument. And then he deliver a sharply composed, concrete multi-part answer: 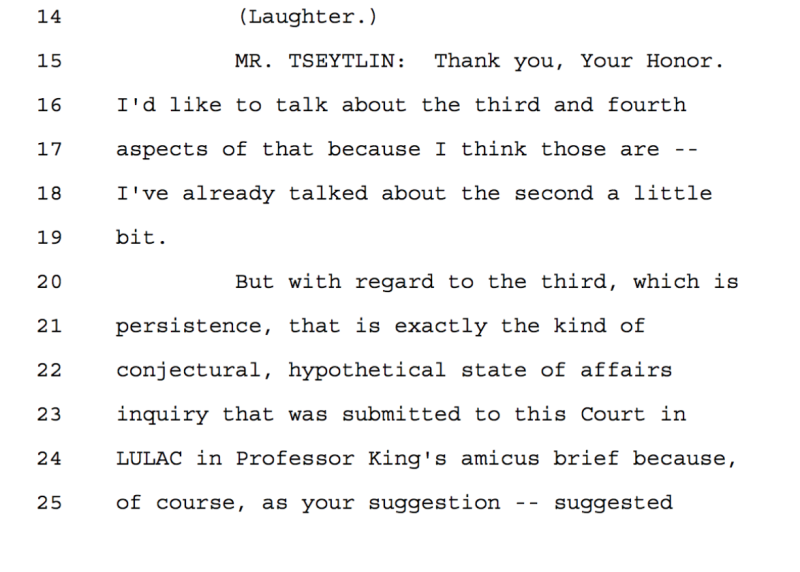 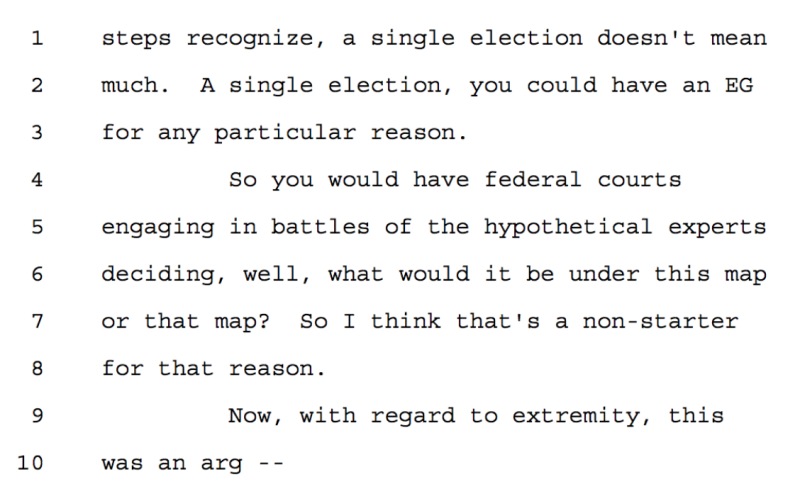 He's then interrupted by Justice Kagan, who asks a question that's Breyerian in scope but relatively pointed: 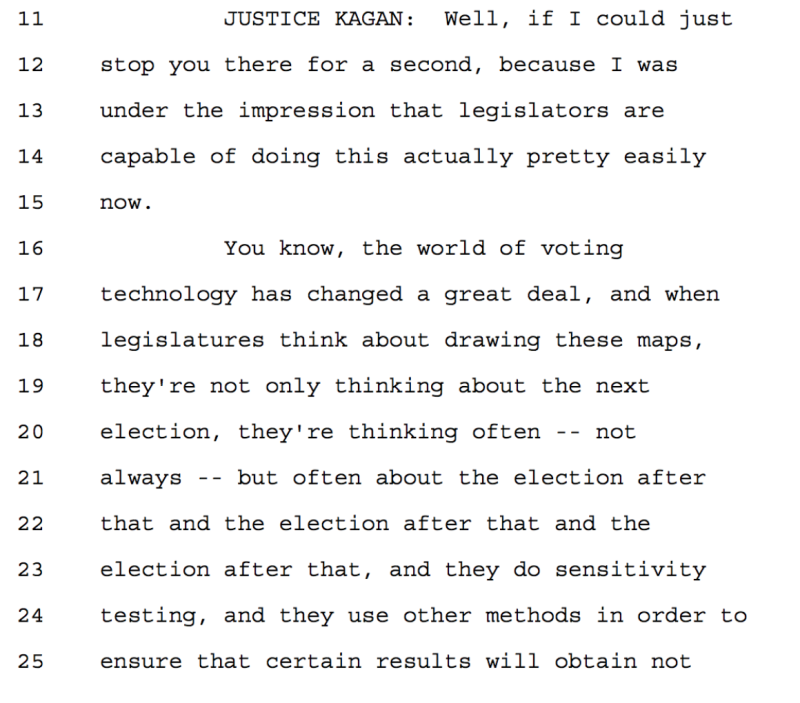 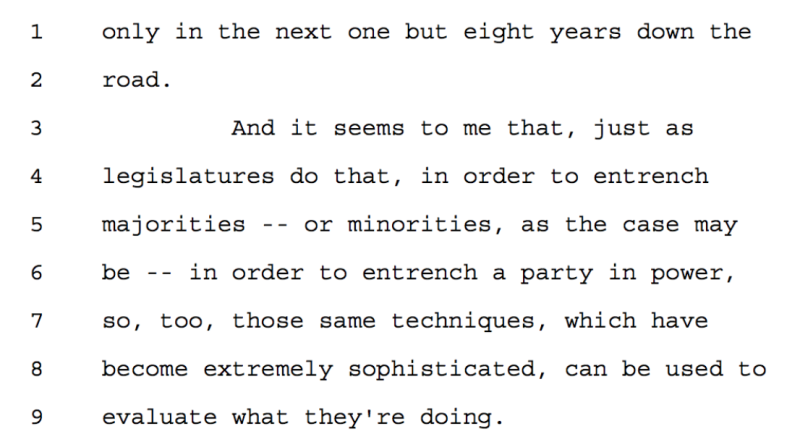 I'm looking forward to hearing the audio later this week.