Hello Judge, it's me, Lawyer 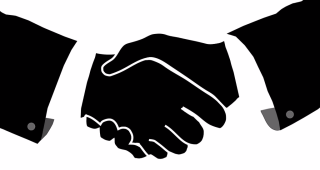 What better way to start than by talking about the beating heart of any brief. Something that is often neglected by appellate lawyers, and outright excised by trial ones. The introduction.

This is the lynchpin of everything you write as a lawyer. I would wager that whether you win or lose an appeal, or a motion, can more often than not be traced back to your introductions. Let me first convince you that you should be spending way more time on this section of your documents. Then I have some ideas about how to write good ones.

First off, introductions signal to a judge something profound: that the lawyer can help the judge write a better opinion. When you think about it, briefs are just cheat-sheets for a judge to use when writing their own documents. Supreme court and circuit opinions are chock full of phrases and concepts stolen from good lawyers. If you don’t convince the judge that your brief is worth stealing from, chances are they won’t give it a second glance. After all, they have an opinion to write. Lawyers often forget that there is no rule requiring judges to use briefs, or even finish reading them. You must convince the judge that you’re worth paying attention to.

Another way to think about introductions is to see your brief for what it is: a conversation with a judge. It’s a bit odd because your side of the conversation is prerecorded. But make no mistake, it’s a conversation. Your judge is responding to every word in your document.  They’re asking questions. They’re arguing back. They’re criticizing. Hopefully, they’re agreeing.

If we take what we know about good conversations and apply it to writing, the importance of introductions becomes obvious. For starters, first impressions are everything when we meet a stranger. They shape how we perceive the speaker, how we gauge their credibility, their intelligence, their trustworthiness, and, ultimately, their competence.

For another, our ability to follow a conversation usually depends on how well the speaker frames the topic and organizes their thoughts at a high level. If the speaker launches into the details without giving some context, the listener is quickly lost.

And think about how quickly you tune out someone who drones on and on in a conversation without ever getting to the point. Same here. Many busy judges are skimming readers, which means that they might not read much past the introduction. Particularly if you bore or confuse them.

Cognitive science also has a lot to say about introductions. This science sheds light on how readers process the things they read. And it leaves no doubt that your introduction is crucial. Take the concept of priming. Readers are more likely to believe a point that they were well primed for earlier in a document (such as in the introduction). Or take the concept of chaining, which tells us that the way you organize and present your points influences whether your reader will believe you. The self-consistency and self-observation principles suggest that if you sell your judge in the introduction, they will subconsciously see everything that comes after in a better light. And the concept of fluency suggests that the readability of your introduction plays a role in whether your reader’s more skeptical modes of thinking are triggered—or whether, instead, your reader will be persuaded. Each of these cognitive science principles agree: good introductions are a key component of good legal writing.

And perhaps most important, a good introduction forces you to distill your understanding of complex issues into simple prose. After all, until you can explain the key points of your document in a short, clean introduction, you don’t understand them as deeply as you need to. Put in the work to write a phenomenal introduction and you might actually say something clear enough to stick in a judge’s mind.

Hopefully I’ve convinced you introductions are important. Now let’s talk about some concrete ways to put these principles into practice.