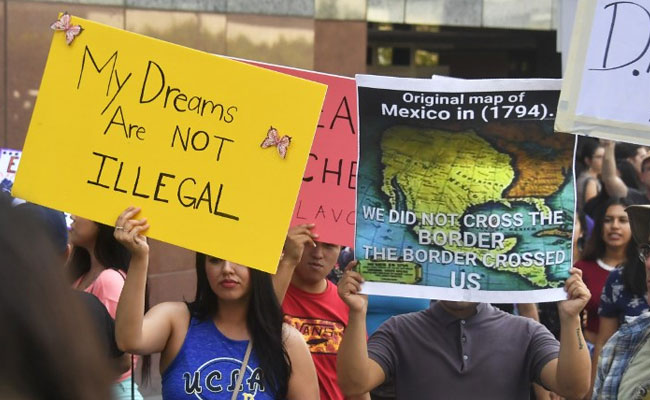 This week, Attorney General Jeff Sessions announced the end of Deferred Action for Childhood Arrivals (DACA). This announcement caused a public outcry, as well as a response from former President Obama, whose administration had spearheaded the program.

Sessions and Obama spoke of DACA in very different terms, no doubt trying to persuade those who were still undecided, but also trying to connect with those who already agreed with them. Their two short statements illustrate core principles of legal persuasion because their words created network of favorable connections in the minds (and hearts) of their audiences.

Sessions, for example, referred to the program as “DACA”, a flat, bureaucratic acronym. Is there anything drearier than an acronym? The word “DACA” sounds like something worth getting rid of – whatever it is. Moreover, using “DACA” allowed Sessions to characterize the program as borderline illegal -- “an open-ended circumvention of immigration laws” that allowed “800,000 mostly-adult illegal aliens” to remain in the U.S. In Sessions’ statement, it is easy to dismiss the DACA participants as “other” – as people breaking the law -- not like “us.”

Contrast “DACA” with the program’s popular name, the “Dreamers.” Whereas DACA sounds emotionally flat, “Dreamers” triggers one of the most evocative and compelling cultural stories we have, the American Dream. James Truslow Adams described the American Dream in the early 1930s as the idea that "life should be better and richer and fuller for everyone, with opportunity for each according to ability or achievement" regardless of social class or circumstances of birth.

Imagine how dissonant Sessions’ message would have been if he’d said the “Dreamers” were “mostly-adult illegal aliens.” Such a semantic and emotional flub might have damaged Sessions’ message even with those inclined to agree with him. No American wants to connect the “American Dream” with “illegal” behavior.

By contrast, Obama’s statement took the American Dream connection and ran with it. He called the Dreamers “young people who grew up in America -- kids who study in our schools, young adults who are starting careers, patriots who pledge allegiance to our flag.” Not “other” people but “kids” “Americans” and “patriots” just like “us” (or our kids). More than that, these young “Dreamers are Americans in their hearts, in their minds, in every single way but one: on paper.”

Like these political rhetoricians, lawyers and judges are effective in legal persuasion when they help their audiences make favorable connections. Those connections can be semantic (illegal versus patriot) or they can be emotional (we are all Dreamers). They can prime our biases (those people are illegal or my grandparents were immigrants). In the end, the way we talk about the “dreamers” provides a powerful example of persuasion -- of how to forge connections that allow us to influence others.

UNLV Law Professor Linda Berger and Temple Law Professor Kathy Stanchi are the authors of Legal Persuasion: A Rhetorical Approach to the Science (Routledge), a book that explores how legal persuasion results from making and breaking mental connections, using examples from law and politics.