Would Trump make a deal for the Supreme Court?

Senator Udall, D-NM, has an offer for President Trump (one that he would probably refuse): "We'll give you Gorsuch, if you agree to replace one of the liberal justices with Merrick Garland." 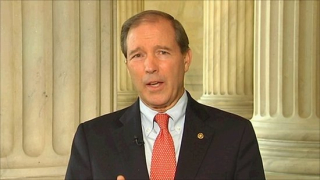 This deal is contingent upon the voluntary retirement of one of the more elderly justices like Ginsburg, Kennedy, or Breyer. Supposedly, Trump would charm one of them into retirement by guaranteeing that Garland would be nominated in his or her place. Then, the Senate would confirm both new justices simultaneously.

Well, that would certainly go toward maintaining the supposed balance of the Court, but whether that would be good for maintaining the neutrality of the process is questionable. The Court is already besieged by political attacks, and this would not help repair that perception.

Apparently Sen. Udall pitched this idea to Judge Gorsuch in a private meeting that included White House officials. Sen. Udall has mentioned this to other senators, but so far his persuasive skills do not appear to be winning over any supporters. Should he consult The Art of the Deal?