Asian-American rock band, The Slants, seek its day in Court

January 18, 2017. That's the day the rock band, The Slants, gets to make its case on trademark to the United States Supreme Court. 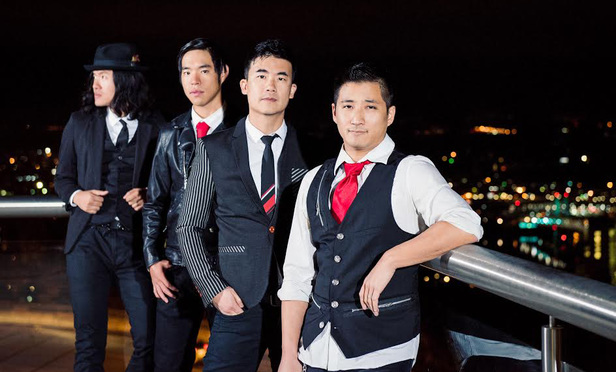 The band has been battling the U.S. Patent and Trademark Office since 2006 in its quest to trademark the name of the band. The USPTO has refused to grant the trademark on the grounds that "slant" is a racist slur.

"For us, this case has always been about civil rights." The trademark office rejected the band's trademark application, citing a section of the Lanham Act that prohibits registration of trademarks that may disparage "persons, living or dead, institutions, beliefs or national symbols, or bring them into contempt or disrepute." The Slants claim the provision violated the First Amendment. After losing before a three-judge panel of the U.S. Court of Appeals for the Federal Circuit, the en banc court in December 2015 sided with The Slants and struck down the ban on disparaging marks as an unconstitutional regulation of speech.

The Slants seek to protect its First Amendment rights, but underlying the case is the idea of reclamation. Words that have been historically used to disparage minorities are sometimes, and to some degree, reclaimed by those groups as a sign of empowerment. Simon Tam, the band's leader is the named party in the suit, makes the following point in reclaiming, or reappropriating, insulting words:

Tam's brief in the case Lee v. Tam defends the name as part of "the long tradition of 'reappropriation,'" whereby minority groups reclaim insulting words and turn them into "badges of pride." Words like "queer" and "nigger" have been transformed in that way, to varying degrees.

"The Slants' fans are not racists eager to denigrate Asian-Americans," the brief states. "Only an uninformed philistine could find the band's name disparaging."

The Slants' members are all Asian-American and assert that it is their right to use this word as representative of their freedom of expression and celebration of their heritage. They've also written an open letter to the USTPO contesting its decision here.

To get the word out and seek funding, The Slants released the video above and have also released a new song to gain exposure. A few words:

The song is titled "From the Heart."