How to write a more objective “deep issue” statement 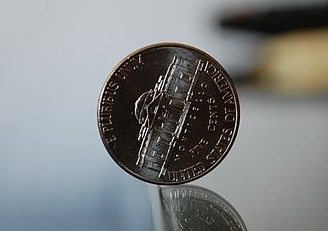 Last week’s post from Thomas is a great summary of the various views on what makes an issue statement persuasive. As he explained, one of the biggest critiques of stating the deep issue in multiple sentence format is that many judges prefer a balanced, objective approach in that section of the brief. Lawyers can lose credibility quickly if the issue statement appears too biased (or even biased at all). So what’s the cure?

To improve objectivity, while retaining just a touch of subtle persuasion, use the simple contrastive signal words “although,” “but,” or “however,” to juxtapose the obviously weak facts in your client’s case against the favorable facts that undermine them.  Let’s take an example from the contraceptive health coverage case discussed in my last post. (The examples come from an employer’s brief because the government’s issue statements were written in short, “whether” format.)

Original issue statement from the employer’s brief: The Grote Family members are Catholic and operate their business, Grote Industries, in accordance with their faith, including the Catholic Church's teachings regarding the moral wrongfulness of abortifacient drugs, contraception, and sterilization. * * * Can the government establish the high standard of strict scrutiny in support of implementing the Mandate against Grote, especially when the government exempts millions of other Americans and has a variety of alternative measures available? [70 words in this edited version]

More objective version: The Grote Family members are Catholic and operate their business, Grote Industries, through their faith, including the Catholic Church's teachings that it is a grave moral wrong to support abortion, contraception, or sterilization. Although the company is for-profit and does not hire by religion, it runs as an extension of the Grote Family members. The government exempts millions of other Americans and has a variety of alternative measures. Can the Mandate survive strict scrutiny? [74 words]

Notice that the technique is much the same as the “neutralizing” strategy in persuasive statements of fact: state a harmful fact, and then immediately soften its effect with an ameliorating or explanatory fact. Here, assuming the company's for-profit, secular status is one of the biggest factual hurdles it faces, it needs facts personalizing the company and making the business inextricable from the family. Naturally, the government would use the same strategy to neutralize the allegation that it has myriad other exceptions and alternatives.

Finally, notice also how it is the very interplay between "weak" and "strong" facts that naturally gives rise to the question presented at the end of the short paragraph. That is what many judges are looking for in a truly useful statement of facts: has the lawyer used that all-important first section of the brief to pinpoint the center of tension in the party's facts? If so, the lawyer has served the court by helping it to quickly locate the crux of the issue. And by using the neutralizing technique, the writer has managed also to include just the right amount of gentle persuasion.

Up next in this series about “deep” issue statements: minding the 75-word “limit”—what stays and what goes?