What You Need to Know About Twombly 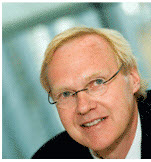 David Evans (University of Chicago, University College London, LECG) provides us with What You Need to Know About Twombly.

ABSTRACT: In Bell Atlantic v. Twombly the Supreme Court clarified what plaintiffs must plead for their complaints to pass muster. It retired the Conley rule that a court should not dismiss a complaint unless “it appears beyond doubt that the plaintiff can prove no set of facts in support of his claim which would entitle him to relief.” The new rule is based on whether the complaint states a set of facts that, assuming their truth, makes it “plausible” that the plaintiff has a claim which would entitle her to relief. Although Twombly involved an antitrust conspiracy claim, most commentators agree that it modified general pleading standards for all cases. Lower courts have cited Twombly more than 10,000 times in a wide range of cases since it came down in May 2007. These cases involve a wide area of claims including the full gamut of antitrust cases. Defendants now routinely seek to dismiss complaints on the grounds that they do not state a plausible claim. This note explores what sorts of economic and statistical evidence help establish that a claim is plausible and what do not.

Listed below are links to weblogs that reference What You Need to Know About Twombly: