This year, I ended my holiday travels with a trip to AALS in Washington, DC. Now that I'm back to normalcy post travel, or at least what passes as normal in academic support, I thought I'd share a bit about our section's AALS Leadership, and our award recipient!

First and foremost, I'd like to officially welcome Jamie Kleppetsch, Director of Bar Passage at DePaul College of Law in Chicago, as the AALS Academic Support Section Chair. Jamie has been doing bar passage work since 2008, and I know she will lead our section to amazing things. I am looking forward to working with her, as I am the new chair-elect! In our leadership, we also have Kirsha Trychta, the Director of the Academic Excellence Center at West Virginia University as our Secretary, and Joe Buffington, Director of Bar Success at Albany Law School as our treasurer. I'm excited to work with this amazing group of people!

Most importantly, the section recognized Academic Support leader and trailblazer, Laurie Zimet. Laurie is the Director of Academic Support at UC Hastings, and is regarded as an expert and founder in the field of academic support. She even coined the term "Asp-ish!". In fact, Laurie was a founding member of the AALS section on Academic Support, so it is more than fitting that the section pay their respects!

While anyone that has met Laurie, or seen her present, knows exactly why she was deserving of this award, I wanted to include some quotes from some members that nominated her.

"She is a resource of incredible wisdom and insight, and she always makes time to check in with other professionals to track their career development.  Whether it focuses on professional concerns, program development, and/or enhancing individual skills, Laurie has served our community tirelessly.  Her thoughtful guidance has improved academic support programs across the country.  She has also been a staunch advocate of academic support professionals by educating countless members of the academy of the importance of our field and the necessity of job security for those in our field." And "In addition, her expertise in teaching is known nationwide.  She was an early proponent of active learning in the classroom, which has had a ripple effect on countless professors." Both of these descriptions from Pavel Wonsowicz at UCLA. I think Pavel sums up what those of us that know Laurie think.

In addition, from Kris Franklin, at New York Law School, Laurie is one of the true originators of our discipline, a mentor and foremother to uncountable past and present academic support professionals, and a widely-admired leading voice in legal education. Recognition of her unique contributions to the profession is fitting and probably overdue." Kris is not wrong, and continues to say "Laurie is a recognized expert in active learning and in ASP program design. She has frequently consulted with law schools that were seeking to open or expand academic support programming. In so doing, she helped create jobs in the field, and she directly or indirectly opened the door for many of those working in ASP positions today.

Laurie has always been seen as an unusually vibrant speaker and educator. She has given hundreds of talks at law schools and academic support conferences around the country, all of which helped further the field and inspire those working in it. As just one example, together with Paula Lustbader she was a frequent and early presenter at the AALS Workshop for New Law Professors. Those talks brought the student-centered learning so central to ASP work to a generation of entering law teachers nationwide.

Perhaps most endearingly, as the invited keynote speaker at an LSAC-sponsored ASP conference in Miami, Laurie coined the immediately-recognizable term “ASPish.” We may not be able to fully capture in words the many qualities that the term includes, but… we know ASPish when we see it. Laurie embodies it."

She really does. Congrats to Laurie! 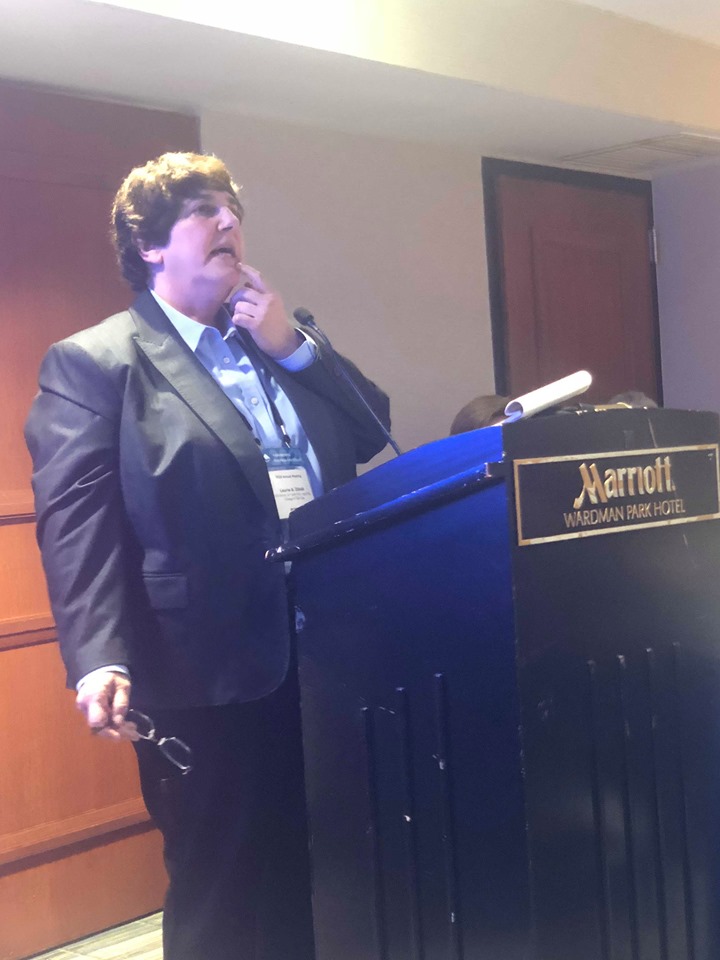