I attended the Institute for Law Teaching and Learning’s “Teaching Cultural Competency and Other Professional Skills” conference on July 7-8, 2017 at the William H. Bowen School of Law in Little Rock, Arkansas.  The conference opened with a quick sticky dot poll of the attendees.  The dots revealed that while most professors felt comfortable teaching skills like trial practice, negotiations, and document drafting, only a few were confident in their ability to teach cultural competencies in the classroom.  In an attempt to ameliorate this (real or perceived) deficiency, the approximately fifty attendees—a surprisingly even mix of doctrinal, clinical, legal writing, and academic support professors—worked collaboratively for two days to develop a portfolio of concrete exercises to satisfy ABA Standard 302.  What follows are some of my major takeaways:

The first suggestion was to “[Bring] Marginalized Populations into the [Legal Writing] Classroom.” Elon Law Professors Thomas Noble, Patricia Perkins, and Catherine Wasson explained how they each drafted a legal writing factual scenario involving a potentially unsympathetic and culturally diverse plaintiff: an Egyptian immigrant, a convicted felon, and a mentally ill survivalist, respectively.  These plaintiffs’ legal claims were then further complicated by the intentional inclusion of gender neutral names, ethnic sounding names, ambiguous facts, and words with strong connotations (think: “fetus” versus “the child”).  These professors crafted case files that not only required students to learn the mechanics of legal writing, but also forced students to confront their biases in a thoughtful and controlled way.  Occasionally students made unwarranted assumptions which allowed the class to discuss the importance of understanding cultural sensitivity and implicit bias.  Other students wanted to “help” by taking action contrary to the client’s expressed desires creating a great opportunity to talk about the ethical complexities of being a counselor-at-law.  The presenters reported that many students came to realize that there might not always be a “right” answer, especially when dealing with legal issues that intersect with human dignity and diverse cultural norms. Next we discussed the importance of “Building [a] Student[’s] Capacity for Self-Evaluation” with the use of a robust “soft skills” rubric.  Before the presenters shared their rubric, Professors Lauren Onkeles-Klein and Robert Dinerstein used Mentimeter’s in-class polling software to highlight that professors view self-assessment as an opportunity for student “reflection,” but students view self-assessment exercises as “painful busywork”—regardless of whether the assessment process occurs in a doctrinal class, legal writing course, or the clinical setting.  The question then became: how do we shift student mindset about self-assessment?  Their response was to create a rubric that establishes expectations early and often, introduces a common language around measuring skill, and reframes the connection between self-assessment and grades.  Professor Dinerstein discussed the rubric’s evolution from a one-page outline to an unwieldy 15+ page document, before he finally settled on a streamlined 10-page student self-assessment form, which borrows heavily from assessments commonly used in medical residency training.  Throughout the academic year, supervising professors repeatedly remind students that the goal is “competence” not “mastery” during law school.  The current form also highlights long-term patterns within the individual student’s self-assessment, clarifies conflicts between student partners, and frequently invites a dialogue about the importance of teamwork in a law firm setting.  The presenters reported that students do, in fact, get better at self-assessment over time through the interactive and frequent assessment process.  Anyone interested in reviewing, or possibly adopting, the presenters’ rubric handouts are invited to reach out to the authors directly for permission.  (Sorry about the sideways picture below; I am still learning the blog-posting ropes.) 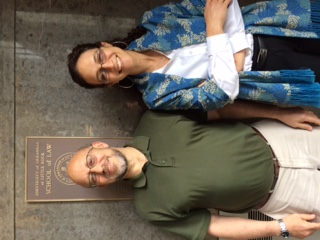 After a delicious taco lunch break, we went back to work “Grow[ing] Future Lawyers in the Image of ABA Standard 302…”.   Three professors from West Michigan University’s Thomas M. Cooley Law School explained how they successfully embedded the same acquaintance rape fact pattern in all three years of law school. In Professor Tonya Krause-Phelan’s 1L criminal law course students learned the elements of rape before conducting an in class jury trial. In Professor Victoria Vuletich’s 2L evidence course students reexamined their 1L trial with fresh eyes, having now learned the Rape Shield Laws. Then, as a 3L in the public defender’s clinic, Professor Tracey Brame set aside time to talk about the unique cultural sensitivities required to competently represent a defendant or victim in a sexual assault case.  Reusing the same factual scenario in each year enabled the same students to see the same story from a variety of different legal angles.  In addition to reusing the same hypothetical, the three professors created a long-term structure of evolving course rules to better reflect the students’ growth from year-to-year.  During the first year, Professor “K-P” drafted and enforced detailed courses rules, with no input from the students.  She was careful, however, to relate the classroom rules to the real practice of law, such as why it is critical to be able to take handwritten notes.  Then in the second year, the students were allowed to establish the classroom rules, including the sanctions for rule violation. For example, students opted to impose a “must bring treats” penalty to anyone who was late to class without good cause.  Then in the final year, the same cohort had to compare and contrast the rule-following required in 1L year with the rule making privileges of 2L year. 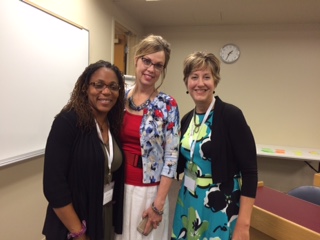 CUNY School of Law Professors Deborah Zalesne and David Nadvorney offered suggestions on how to help “underprepared law students” acquire the “other” skills mentioned in ABA Standard 302(d).  Session attendees read a few pages of a Contracts case and quickly identified legal terms that could be troublesome for any first-year student.  The presenters then pointed out numerous non-legal terms (e.g. “paradigm” or “doctrine”) which also have the potential to hinder an underprepared student.  To combat this problem in their own classrooms, the presenters have made a conscious effort to introduce a new concept in the students’ first language, before layering on the more professional vocabulary.  Avoiding the lawyer dominant language at the outset enables students to focus on the larger legal framework (i.e. to think big) without getting bogged down in the line-by-line details of the case.  Then they systematically work through the case with the students, helping them to understand each line and each new term.  The presenters also stressed the importance of being sensitive to students’ wrong answers.  In short, taking the time to mentor these students at the start will allow the students to make larger long-term gains during the semester. 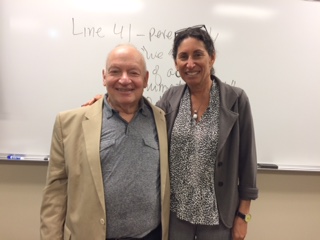 I attended several other sessions. I’ll give you the details of those sessions in part two of this two-part series.  Coming soon!